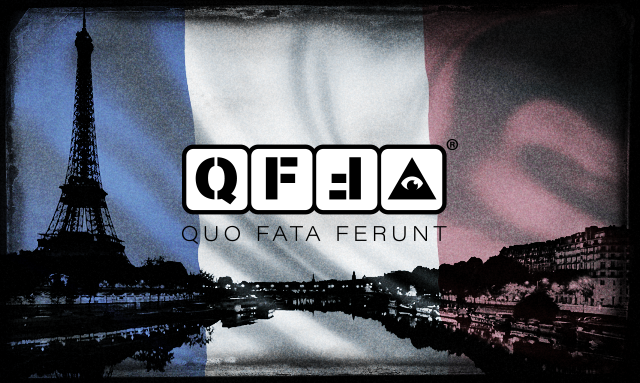 Palestinian leader Mahmoud Abbas met with French President Emmanuel Macron in Paris on Friday seeking French support to offset US President Donald Trump’s policy positions on the Israeli-Palestinian conflict.
Speaking to reporters after a private meeting with Macron at the Elysée presidential palace, Abbas said he had conveyed the Palestinian position on the long stalled Middle East peace process, which, he said, Macron would pass on to Trump.

“France is interested in attempting to reach an agreement, we are in touch with all the parties. I have submitted to President Macron everything that clarifies our point of view. He will be contacting President Trump to convey our messages to him,” said Abbas.

The Paris meeting follows a series of diplomatic blows from the Trump administration aimed at the Palestinian cause. The opening of the US Embassy in the disputed city of Jerusalem in May was followed by a US funding cut to the United Nations Relief and Works Agency for Palestine Refugees (UNRWA) and the shutting down of the PLO mission in Washington.

“The Trump administration has an overtly pro-Israeli stance and the Palestinians have not been in direct contact with the White House ever since Donald Trump recognised Jerusalem as Israel’s capital,” explained FRANCE 24’s Catherine Norris-Trent, reporting from the Elysée palace. “Now France is trying to keep the whole show on the road, to try and persuade the Palestinians not to disengage from the peace process even though it seems pretty much dead in the water.”

US National Security Adviser John Bolton said earlier this month that the Palestinian mission in Washington was being shut because of the PLO's refusal to engage in negotiations, a claim denied by Abbas on Friday.

“The Israelis claim that the Palestinians refuse to negotiate. I issue a challenge to them to provide evidence of our refusal to negotiate," Abbas said. "All refusals to negotiate have been on the Israeli side. We are prepared for negotiations, be they secret or public, be they led by the Quartet or Western countries or Arab countries.”

The Middle East Quartet comprising the UN, US, the EU and Russia was formed in 2002 in a bid to find an agreement to end the Israeli-Palestinian conflict.

‘There is no deal of the century’

But the Trump administration’s position on the status of Jerusalem, one of the key pillars of the peace process initiated by the 1991 Madrid conference, threw a spanner in the already stalled Middle East peace roadmap.

In an interview with FRANCE 24 following Macron’s meeting with Abbas, Palestinian Authority Foreign Minister Riyad al-Maliki noted that Trump’s much-touted “deal of the century” lacked any vision or objectivity.

Friday’s meeting, Maliki added, provided Abbas “a chance to explain to President Macron the realities on the ground, what the Israelis are doing to us in terms of settlements, what that means to the Palestinian state, to the contiguity of Palestinian territory.”

Following his Paris visit, Abbas travels to Ireland in a bid to secure a robust EU position on the Middle East crisis ahead of the UN General Assembly meeting next week.

The unemployed gardener who French President Emmanuel Macron said had only to "cross the road" to find a job described the controversial remarks Tuesday as "hard to swallow".
Speaking publicly for the first time about his chance encounter with the president during an open-doors event at the presidential palace on Saturday, Jonathan Jahan said he seized the moment to bring up his fruitless job search.

"Initially, I didn't expect to meet him. I took a photo with him, shook his hand and then said to myself 'It's now or never'," Jahan, 25, told France's Europe 1 radio.

In a scene that was caught on video and went viral, he complained to Macron that he had applied to town halls "everywhere".

"I send resumes and cover letters, they don't lead to anything," he complained.

Macron advised him to head to the bustling Montparnasse neighbourhood of Paris, saying he could find a job as a waiter in the blink of an eye.

"If you're willing and motivated, in hotels, cafes and restaurants, construction, there's not a single place I go where they don't say they're looking for people," he said.

"If I crossed the street I'd find you one."

The remark was widely condemned by leftist critics of former investment banker Macron, accusing him of being patronising and out of touch with ordinary people.

The Liberation daily compared it with the supposed suggestion by France's last queen, Marie-Antoinette, that if the poor had no bread they should "eat cake".

Macron's ministers rallied behind him however, pointing out that construction bosses and restaurant owners have long complained that they struggle to fill jobs.

Jahan said he considered that what Macron said "was not right".

"It was a bit hard to swallow. I wanted to say to him: if that's the case come with me to look for one (job)," he said, adding he had already worked in the restaurant trade, washing dishes.

But his travails could soon be over, according to the president of France's horticulturists' federation, Francois Felix, who said the organisation had been flooded with job offers for the youth.

"We've become a job centre! So we're asking this young jobseeker to get in touch," he told France Info radio.