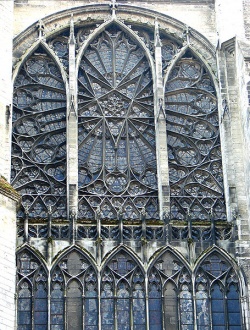 
Hey guys, today we are going to see a giant rock called Mahendravadi. This is a very interesting rock, you know, from the distance you are going to think this is just a giant rock, but there is something very special about this. The Mahendravadi rock has many secrets buried inside, there are many mystical and spiritual things about this.
this is just a formless blob which looks like a giant ball of cheese or butter but you might realize that you are looking at it from a different angle but when you actually turn around and see what is on the other side of the rock, its really amazing. you realize that someone has converted this rock into an amazing temple or may be it is even a workplace.
And this was done 1300 years ago. Archeologists confirm that this was created at least around 630 A.D. Now, when you really look at this, your life goals might change. When I really looked at this, my life goal became Step1: find a big boulder in the middle of nowhere Step 2: Convert it into a home and Step3: Go to the post office and get an address. It is that crazy, you won’t see anything like this anywhere except India.
The beauty of this, is that this is just made of one rock which means nothing was added to it. We know there are giant monolithic temples like the Kailasa Temple, I have already shown you another one called the Vettuvan Kovil in South India, but this is a free standing rock. So you can see, there is something very special about this temple. It has 3 entrances – you may think, well, it has 3 entrances, but a lot of ancient structures have the same thing, they all have 3 entrances. You can see this in egyptian pyramids. You can see this in Mayan Pyramids. A lot of pramids are Hindu structures - have 3 entrances. And this is perhaps the very first one in India which has 3 entrances. Of course, the real beauty of this, is even though we have 3 entrances, there is only one place you can go into. And you can see there, this is just solid rock. And on the other side, again it is solid rock. Why did they give us 3 arches in the beginning and in the end, there is only one chamber you can walk into. There is something symbolic about this.
this rock is about 30 feet long, and about 30 feet tall. And I have measured the doorways. The left and the right are a little bit smaller, and the one in the middle is a little bit bigger. It is at least half a foot bigger. Why? this is what we see in all ancient structures, the entrance in the middle will always be bigger than the entrances on the sides.
And of course, why the number 3? And this is a very interesting concept because in Christianity, there is a concept of Trinity: Father, Son, Holy Ghost. In Hinduism there is a concept called Trimurtis, there are 3 Gods. In Hinduism God means G = Generator or Brahma who is the Creator, Operator or Vishnu who is the maintenance guy and Destroyer or Shiva, who destroyes everything. This is what God means in Hinduism.
So, why 3 entrances? Why do we have these 3 arches? Well, this arch represents the past, this arch represents whats happening right now, the present. And of course, this arch represents the future. This is why we have these 3 doorways, these 3 entrances. Each one represents a point in time. And of course, your mind would be full of Past and future, but there is really only one entrance. And that is the present, that is whats happening right now. You only have control over whats happening right now, this is why there is nothing in the past, there is nothing in the future and you can only access the present. So what was the purpose of this temple? Now, what priests and other Shamans would do in ancient times, is they would bring a person in grief, a person in depression or a person who is sick, The shamans or priests would not tell them anything, but they would simply observe which doorway they are using. if the person is using the arch at the left, which is the past, the shamans would understand that the patient is dwelling in the past. Eveything in the past is affecting him. And if that person is using this arch for example, the future door, they would realize that this person is terrified or anxious about the futrue. This is what is causing his problems. Now, this was the purpose of this temple.
human beings do something very strange, they are capable of creating things.
De volgende gebruiker(s) zeggen bedankt: ninti
Omhoog

This site is shrouded in mystery - We don't know who built it, why it was built and how it was built. Experts believe it is at least 1200 years old, and some locals even say it is 5000 years old. The shape of this structure is mind boggling. When you see it from the air, it has a very unique shape, like an elaborately fashioned key hole.

Every year, locals pump the water out on a certain date, and clean up this site for a religious event and that event will be held today, the 19th of April . So I decided to wait until today, so I could finally find out what is inside.

Why is this structure so mysterious? No one knows its original name and it has at least half a dozen nick names among locals. What is interesting is that, this square in the center is called Karungkuzhi which literally means "Black Hole" in Tamil language. What is even more surprising ? Locals believe that this hole has a secret doorway to a divine world, it could take you to a parallel universe. Did ancient builders create some kind of a doorway to access a parallel universe? Is this why this structure was built?

Locals vehemently insist that it does have a doorway and some claim to have even seen it. I have shown you so many different ancient sites, many of them go underwater and locals always claim there is a secret entrance inside. Is this site also going to be yet another one, where I simply theorize there is a hidden doorway?
No! today, I am going to show you that doorway! Look carefully at the inside walls, you don't see anything on this side, but on this wall you can clearly see the opening - this is the top of the underwater doorway. You can even see the shadow of it being cast on water.
De volgende gebruiker(s) zeggen bedankt: Permuter 0.
Omhoog
Plaats reactie
33 berichten