Baphomet Sceafa is a Dutch artist and painter, and most likely an anonymous pop-art artist, who's real name seems to be one of the best kept secrets in the modern art movement. His works seem to be heavily influenced by artists like Alessandro Mendini, Andy Warhol, Maurizio Cattelan, Jheronimus Bosch, Herman Brood, Willem de Boer van Groningen, Mickey and many others. Also the Dutch art collective de Ploeg and the Cobra art movement are of big influence on the work of Baphomet Sceafa.

According to information that was released by the artist himself, the artist was born in 1978 in the city of Groningen in the North of the Netherlands. He grew up in a town called Assen and he went to a school named Dr. Nassau College (Quintus). He also revealed that he lived in Zwolle where he attended a school in advertising and design. The name of the school at the time he attended the school was CIBAP.

A lot of the skills he learned, he reveals, were learned by watching his father who had a expo and in-store company where his father gave him the opportunity to learn a lot of different creative processes and techniques. But as the artist stated in several interviews and podcast episodes of the QFF Podcast Series, creativity was within him from the beginning. He stated that he always wanted to have pencils, paint and paper for his birthdays ever since he was able to draw and create.

The The artist also reveals that he lived and worked as a graphic designer or creative art-director at several advertising agencies around the world for almost a decade. In his role as a professional designer he was responsible for several big projects for some of the world's biggest companies. According to multiple sources he lived and worked on the Caribbean island of St. Martin where he lived in Philipsburg for a couple of years. At this moment the artist seems to be working and living in the city of Groningen again.

The artist also became befriended with the famous Dutch - Moroccan stand-up comedian Najib Amhali while living in the Caribbean. He also designed some merchandise products for Najib Amhali's best of tour back in the year 2009. Besides that he also designed some t-shirts for Najib Amhali personally that Najib Amhali wore during shows. Some of the prints were very controversial and were picked up by different media. The artist also seems to be befriended with Dutch millionaire and former business tycoon Jacob Gelt Dekker. According to multiple sources he also is befriended with former professional football player Evgeniy Levchenko from the Ukraine. They know each other because Baphomet Sceafa is a supporter of football club FC Groningen where Evgeniy Levchenko played for a number of seasons.

The earliest works that are known to the public were made around 1994 and are very rare pieces of art that are mostly part of private art collections. In the early years of the 21st century the artist worked on a series of life size Lego figures that were painted in metallic colors. These Lego figures were part of the Legoman Series. The Legoman Series featured a number of paintings, silkscreen prints and 3D objects. They were on display at an art expo in Philipsburg (St. Maarten) in the year 2004.

196 cm high life-size lego figure from the Legoman Series (2004)
Some insiders have connected Baphomet Sceafa to Ego Leonard as maybe being the same artist. This is obviously the result of the fact that both artists have used Lego figures in their works.

Baphomet Sceafa is also the artist behind a number of very famous internet hoaxes. One of these hoaxes was a website that looked like it was the new website of the old Knights Templar. Connected to the website there was a map of the United States showing information about an impending nuclear attack. It looked bizarre but very real at the same time, it fooled a lot of people. It even fooled the Norwegian terrorist Anders Breivik because he used images from the hoax website in his manifest and he even had a link in the manifest linking to the hoax website. After Breivik's terror attack, Newspapers and websites all around the world were writing about the Knights Templar website. The website was taken down by the artist shortly after the Norwegian terror attacks.

Another successfully planned and created hoax was the True Sons Of The Fallen project that the artist launched in 2013. With this art hoax project the artist was trying to show people not to believe everything they see or read. Again a lot of people were fooled by the hoax, because they thought it was the new Cicada 3301 riddle, which it was not.

In the same period as the period that withheld the time frame within the Jahbulonian Hoax took place, the artist also hoaxed the Dutch media with a video about some terrorist army from the North of the Netherlands (Gronings Volksleger) that were about to fight for an independent new country of their own. The video was shown on several news shows on Dutch national television.

Baphomet Sceafa was also the creator of a number of cartoons that were released throughout a Youtube channel from an advertising company that also seems to have a strong connection to the artist. Some people even suggest the advertising agency was part of another art hoax project. The series of cartoons that were released by Baphomet Sceafa seem to be a funny reference to the local football subculture of die hard supporters from the local football club from the city of Groningen.


Commercial work as a designer at advertising agencies

As a graphic designer and creative art director at different advertising agencies, Baphomet Sceafa was responsible for many different projects. He worked on projects for companies like Red Bull, Honda Racing, Castrol, Continental, Heineken, Grolsch, Philips, Total, RBTT, Marlboro, Puma, FC Groningen, BMW and many others. In 2014 he was responsible for designing the home and away kits for professional football club FC Groningen. In the designs he reintroduced the city's crest on the right chest-side of the shirts. In 2008 he was involved in the introduction advertising campaign for the new Heineken Premium Light beer bottles.

The artist also seems to have a strong connection to the occult and according to the artist himself he is an alchemist. Other sources also claim that Baphomet Sceafa is member of a number of brotherhoods and that he is heavily involved in freemasonry. Looking at some of his silkscreen prints, people could easily recognize the masonic influences.

According to the artist self he also makes music using the name TheMaBop. The musician TheMaBop has made a lot of music, of which a lot was made in cooperation with Dutch musician Robin GrownTear. They seem to be connected to a record label with the name Sensor City Records. 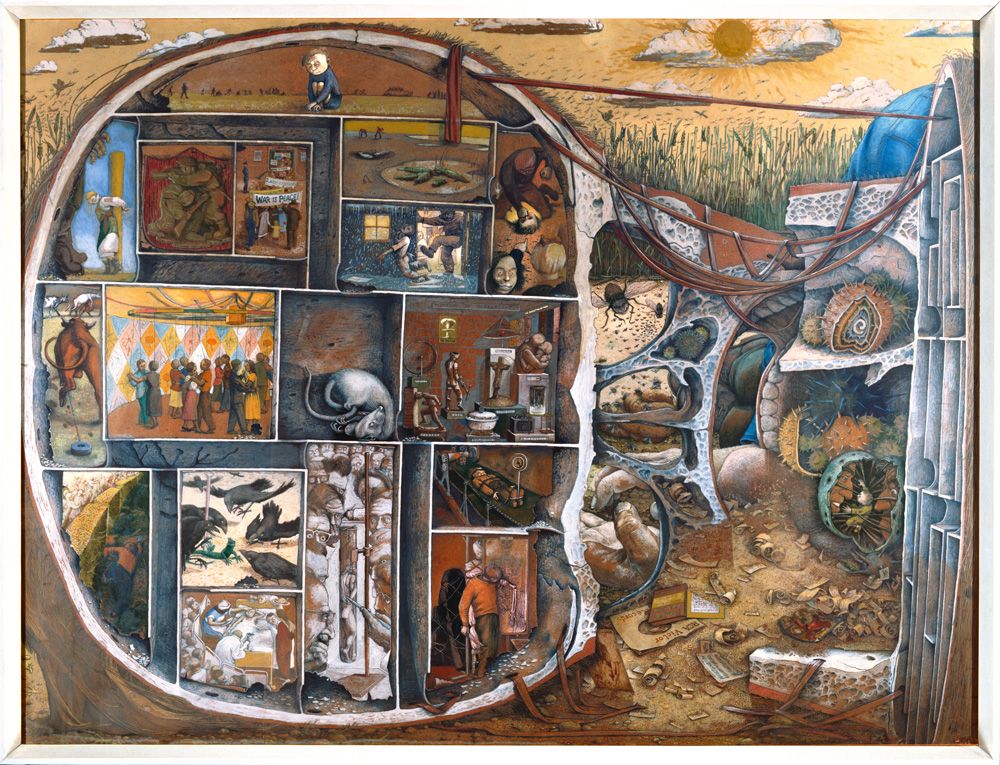 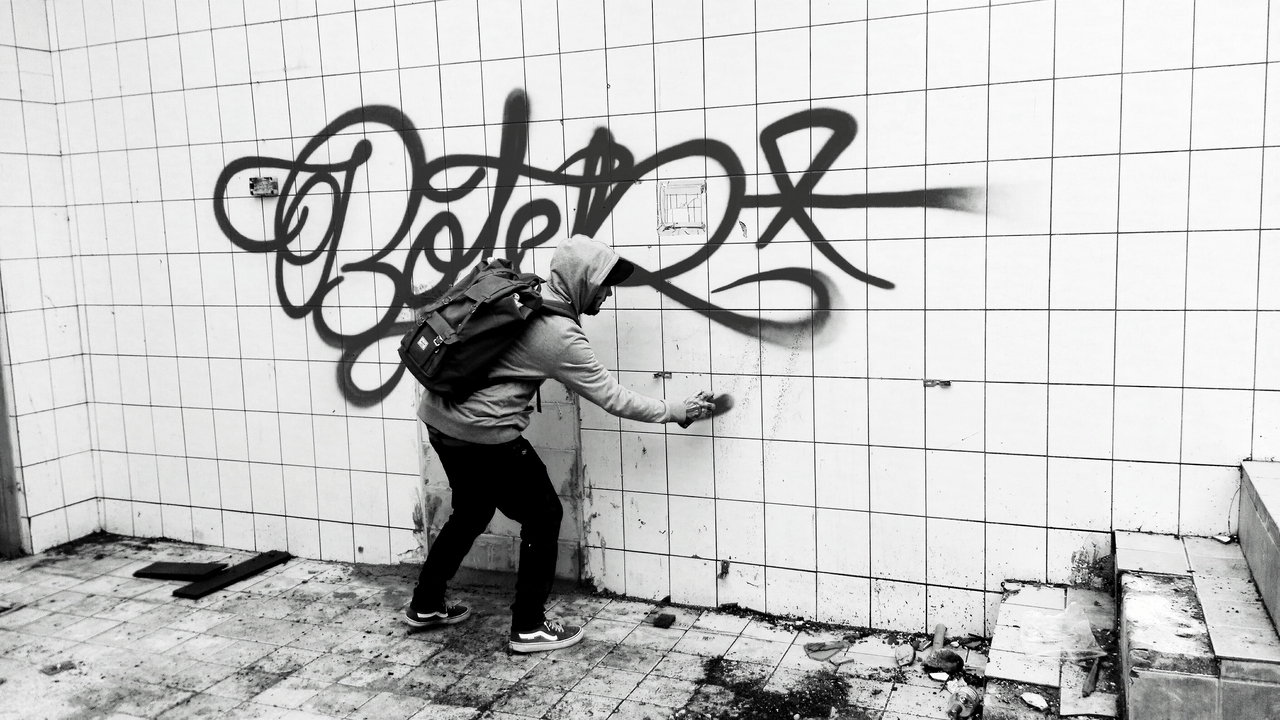