Fossils From Animals And Plants Are Not Necessary For Crude Oil And Natural Gas, Swedish Researchers Find

The abiotic oil formation theory suggests that crude oil is the result of naturally occurring and possibly ongoing geological processes. This theory was developed in the Soviet Union during the Cold War, as the Union needed to be self sufficient in terms of producing its own energy. The science behind the theory is sound and is based on experimental evidence in both the laboratory and in the field. This theory has helped to identify and therefore develop large numbers of gas and oil deposits. Examples of such fields are the South Khylchuyu field and the controversial Sakhalin II field.

There is widespread evidence that petroleum originates from biological processes1, 2, 3. Whether hydrocarbons can also be produced from abiogenic precursor molecules under the high-pressure, high-temperature conditions characteristic of the upper mantle remains an open question. It has been proposed that hydrocarbons generated in the upper mantle could be transported through deep faults to shallower regions in the Earth's crust, and contribute to petroleum reserves4, 5. Here we use in situ Raman spectroscopy in laser-heated diamond anvil cells to monitor the chemical reactivity of methane and ethane under upper-mantle conditions. We show that when methane is exposed to pressures higher than 2 GPa, and to temperatures in the range of 1,000-1,500 K, it partially reacts to form saturated hydrocarbons containing 2-4 carbons (ethane, propane and butane) and molecular hydrogen and graphite. Conversely, exposure of ethane to similar conditions results in the production of methane, suggesting that the synthesis of saturated hydrocarbons is reversible. Our results support the suggestion that hydrocarbons heavier than methane can be produced by abiogenic processes in the upper mantle.


The Saudi Kingdom’s energy minister announced that a large deposit of natural gas has been found in the Red Sea off the country’s coast, and discussed potential energy projects abroad.

Aramco signed a deal last year with Shell to find opportunities in the natural gas market in order to make the kingdom’s economy less dependent on oil prices. The investment into the gas sector was reportedly carried out as a part of Crown Prince Mohammed bin Salman’s plan to diversify the kingdom’s economy.

Saudi Aramco has been eyeing projects in Russia, Australia, America and Africa to kick-start a global business in the liquefied form of the fuel. “Gas is a major market and we want to be one of the largest players,” Amin Nasser, the chief executive of Saudi Arabia’s state-run oil company, said in an interview to Bloomberg in London this February. “There’s appetite to invest in natural gas and LNG.” 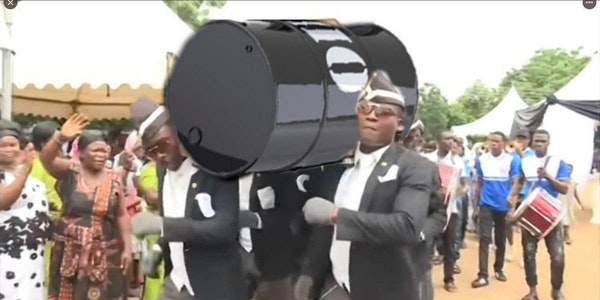 Petroleum - summary of the modern history of oil

Let's retrace on an animated map a summary of the modern history of petroleum until the present day.