Mec
Knight of the Sun

The double-headed eagle is probably the most easily recognizable Masonic symbol in the world, even more important than the Square and Compass/Rule.

They look like two eagles, but they are not. They are the Phoenix Bird of Ancient Egypt. Remember that the Brotherhood was known in ancient Egypt as, "The Mystery Schools."

The current Presidential Seal has an eagle in it. The eagle replaced the Phoenix(the original national bird) in 1841 as the national bird. The Phoenix has been a Brotherhood symbol since ancient Egypt. The Phoenix was adopted by the Founding Fathers for use on the reverse of the first official seal of the United States after a design proposed by Charles Thompson, Secretary of the Continental Congress.

Listen to the explanation from Masonic author, Manly P. Hall, 33rd Degree, K.T., in his book, The Phoenix: An Illustrated Review of Occultism and Philosophy . [Before we begin, I find it highly interesting that Hall would admit, by his use of this title, that Freemasonry is occultic].

"Among the ancients a fabulous bird called the Phoenix is described by early writers ... in size and shape it resembles the eagle, but with certain differences. The body of the Phoenix is one covered with glossy purple feathers, and the plumes in its tail are alternately blue and red. The head of the bird is light in color, and about its neck is a circlet of golden plumage. At the back of its back the Phoenix has a crest of feathers of brilliant color ... The Phoenix, it is said, lives for 500 years, and at its death its body opens and the new born Phoenix emerges. Because of this symbolism, the Phoenix is generally regarded as representing immortality and resurrection ... The Phoenix is one sign of the secret orders of the ancient world and of the initiate of those orders, for it was common to refer to one who had been accepted into the temples as a man twice-born, or reborn. Wisdom confers a new life, and those who become wise are born again." [p. p. 176-77]

Freemasons like all occultists, refer to their initiates who have completed their initiation, as being "Born Again." In 1988, when George Bush was on the Presidential Campaign Trail; Barbara Walters interviewed him. She asked him a question that caught him off guard. Barbara asked George if he was a Christian. Bush literally stumbled, looked down for a moment, and answered, "If by being a Christian, you ask if I am 'Born Again,' then yes, I am a Christian."

Bush parsed his words carefully, unlike a Born Again Christian. Bush has a lifetime membership in an Illuminist Masonic secret society called, Skull & Bones. The answer that Bush gave is typical of an occultist. They claim to be Born Again. They are also filled with religious ecstasy when the spirit of Lucifer sweeps through them upon Initiation.

Back to the Phoenix Bird. Listen to the explanation given by a radical feminist, Barbara Walker, in her occult book, Now Is The Dawning , p. 281. Egyptians believed that the Phoenix was the representative of a god who "rose to heaven in the form of a morning star, like Lucifer, after his fire-immolation of death and rebirth ..."

Wow! In one sweet, short, and simple sentence, we have conclusive proof that the Phoenix bird is a symbol of Lucifer !

Listen now to the testimony of another former witch, William Schnoebelen, in his book, Satan's Door Revisited , p. 4. "The Phoenix, of Bunnu is believed to be a divine bird going back to Egypt ... This Phoenix destroys itself in flames and then rises from the ashes. Most occultists believe that the Phoenix is a symbol of Lucifer who was cast down in flames and who ... will one day rise triumphant. This [belief] also relates to the raising of Hiram Abiff, the Masonic 'Christ'."

To prevent most people from associating the Masonic Eagle with the ancient Phoenix, Freemasons changed the Phoenix to an Eagle, and began to refer to it as an Eagle. However, two Masonic authors blow the lid off that change in symbolism.

Manly P. Hall, in his book, The Lost Keys of Freemasonry , states, "These were the immortals to whom the term 'phoenix' was applied, and their symbol was the mysterious two-headed bird, now called an eagle , a familiar and little understood Masonic emblem ." [p. 108; Emphasis added]

Albert Pike, in Magnum Opus, writes, "... the Eagle was the living Symbol of Egyptian God Mendes ... and the representative of the Sun ..." [p. xviii]

In one sentence, we see the admission that the Phoenix Bird of Ancient Satanic Egypt was changed into the Masonic Eagle and then Pike admits that the Eagle is the Symbol of the Sun God and of the God of Mendes, both symbols being common Satanic symbols of Satan/Lucifer !

Remember also the Satanic meaning of the phrase depicted below the eagle the two Eagles -- "DEUS MEUMQUE JUS." As explained in Part 1 of 5 this is a typical Satanic Latin phrase, meaning, "... Masons are saying that they are 'using occult methods,' through Lucifer, to achieve their Rights and Justice."

But why would a two-headed Eagle be adopted by Masonry, instead of a one-headed Eagle? Masonic author, R. Swinburne Clymer, writing in The Mysteries of Osiris , 1951, explains. "When they [pagans] desired to express the renewal, or beginning, of the year, they represented it in the form of a door-keeper. It could easily be distinguished by the attributes of a key ... At times, they gave it two heads, back to back ... In time, this [back-to-back key symbol] became the double-headed Eagle of symbolic Masonry." [p. 42] 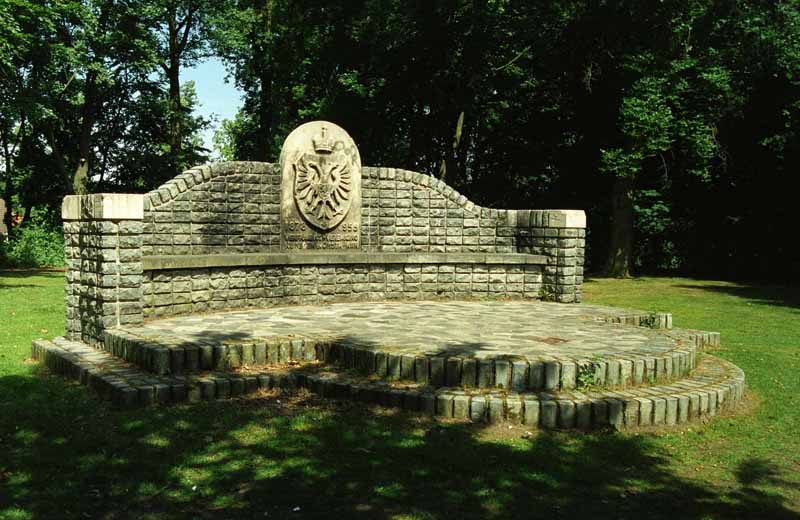 Why so many double headed eagles? - p 24 / When the Survivors of Atlantis Wake Up HD