http://translate.google.se/translate?sl ... teoritregn
“In individuals, insanity is rare; but in groups, parties, nations and epochs, it is the rule.” ~ Friedrich Nietzsche ~
Top

Officials put the number of people injured at almost 1,200, with more than 40 taken to hospital – most as a result of flying glass shattered by the sonic boom created by the meteorite's descent. There were no reported deaths.

The meteorite entered the atmosphere travelling at a speed of at least 33,000mph and broke up into chunks between 18 and 32 miles above the ground, according to a statement from the Russian Academy of Sciences.

The event caused panic in Chelyabinsk, a city of more than 1 million people to the south of Russia's Ural mountains, as mobile phone networks swiftly became jammed by the volume of calls.

Amateur video footage from the area, often peppered with the obscene language of frightened observers, showed the chunks of meteorite glowing more brightly as they approached the moment of impact.

The vapour trail was visible for hundreds of miles around, including in neighbouring Kazakhstan.

At least three craters were subsequently discovered, according to the ministry of the interior, and were being monitored by the military.

One crater was more than six metres wide, while another lump of meteorite was reported to have slammed through the thick ice of a nearby lake. Radiation levels at the impact sites were normal, according to local military officials, Interfax reported.

Dmitry Rogozin, Russia's deputy prime minister and former ambassador to Nato, took to Twitter to call for an international push to create a warning system for all "objects of an alien origin". " class="emoji smilies" draggable="false" src="https://cdn.jsdelivr.net/gh/s9e/emoji-assets-twemoji@11.2/dist/svgz/1f47d.svgz">

http://www.guardian.co.uk/science/2013/ ... rite-falls
"The presence of those seeking the truth is infinitely to be preferred to the presence of those
who think they've found it."
Sir Terry Pratchett
De volgende gebruiker(s) zeggen bedankt: baphomet
Top


Thousands of dolphins spanning across 7 miles of ocean were sighted off the coast of San Diego on Thursday, a boat captain told NBC 7 San Diego.

Capt. Joe Dutra of Hornblower Cruises said he saw a “super mega-pod” of common dolphins Thursday around noon while he was on his daily tour. He said the pod was more than 7 miles long and 5 miles wide.

Dutra said the boat tour followed the pod for more than an hour and said he’s never seen anything like it.

“When you see something that is honestly truly beyond belief,” the captain said.

Guests aboard the boat started screaming and pointing when they first saw the school of adult and juvenile common dolphins. Dutra estimated there were about 100,000 dolphins swimming in the area.

“They were coming from all directions, you could see them from as far as the eye can see,” he said. “I’ve seen a lot of stuff out here… but this is the biggest I’ve ever seen, ever.”

Marine mammal expert Sarah Wilkin said the reason the large pod might be there is because there’s plenty of food in the area, including sardines, herring and squid.

“They’re attracted to kind of the same thing, they might wind up in the same place,” she said.

Though dolphins typically travel in groups of 200 or less, Wilkin said “super-pods” are not unheard of.

“They’re definitely social animals, they stick together in small groups,” she said. “But sometimes, the schools come together.”

Dutra, who’s been boating for decades, said he felt lucky to enjoy such a rare phenomenon.

“You had to be there to experience it,” he said. “It was truly spectacular.” 
in Cuba eyewitnesses living in a localitaà in the central region of the island have reported seeing an object that fell from the sky and exploded causing a roar that shook the houses in the place.
was revealed by the Cuban television, that in these hours is spreading the testimonies of citizens.

An object fell from the sky over central Cuba on Thursday night and turned into a fireball “bigger than the sun” before it exploded, a Cuban TV channel reported Friday, citing eyewitnesses.

Some residents in the central province of Cienfuegos were quoted as saying that at around 8 p.m. local time Thursday (0100 GMT Friday) they saw a bright spot in the sky comparable to a bus in size.

The object then turned into a fireball “bigger than the sun,” said the witnesses, adding that several minutes later they heard a loud explosion.

One resident told the TV station that his house shook slightly in the blast.

Cuban experts have been dispatched to the area to look for possible remains of the meteor-like object, said the report.

It remains unknown whether the reported phenomenon in Cuba is related to Friday’s meteor strike in central Russia, which set off a shockwave that shattered windows and left some 1,000 people injured.

Google Tranlate :sick: ...: http://translate.google.se/translate?sl ... i-rysk-sjo
“In individuals, insanity is rare; but in groups, parties, nations and epochs, it is the rule.” ~ Friedrich Nietzsche ~
Top 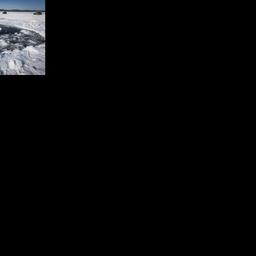 STRONT dus!!!
“In individuals, insanity is rare; but in groups, parties, nations and epochs, it is the rule.” ~ Friedrich Nietzsche ~
Top

:blink:
“In individuals, insanity is rare; but in groups, parties, nations and epochs, it is the rule.” ~ Friedrich Nietzsche ~
Top
Post Reply
53 posts