The following post is a personal view and interpretation of my own received Gnosis. Readers might recognize this writing from other writings or (latent) Gnosis withing themselves. The "names" written in this text are not names in the classical sense but merely Words to describe events or essences. This is NOT a religious text but a Gnostic text which means that, in order to understand, one must reflect, study and/or contemplate from within to make the knowledge herein applicable to oneself. =Nexion=

In order to understand the Creation World (the visible Universe we live in) and how it came to being we first must know about the Womb where it came from. In the Gnostic sense the creation of this realm is not the act of a super intelligent being but rather an emanation.


*Pandimensional - Infinite and ever changing amount of dimensions. All possibilities are within the Primordial Chaos. No limitations as opposed to Cosmos (3 spatial dimensions and 1 linear time dimension).

*Chaos is A-karmic which means that it is not bound by cause and effect. (the true meaning of Karma is nothing more than the cause and effect mechanism and has nothing to do with any punishment or rewarding in an afterlife).

*Due to it's ever changing amount of infinite dimensions Chaos is formless and timeless. It is All and Nothing at the same time.

*As said, ALL possibilities lie within Chaos. Also the creation of Cosmos (limited by causality). Chaos being pandimensional is of an Anti-cosmic nature and Cosmos is surrounded and interpenetrated with this Ur-essence. Chaos is the anti-thesis of Cosmos.

*The Inner Divine Spark/Flame is called "Self" while the "I" (Ego) is the product of the limiting nature of Cosmos. So when speaking of the Divine Spark we are referring to our pandimesional core.

There is more to say about Chaos but i will leave it here for now lest more information might confuse the reader. Now let's take a look at Cosmos and what is within that and what it does to the Divine Sparks.


Cosmos, the Plane of Limitations and Illusions.


As you come to understand the dynamics and Freedom of Chaos it isn't hard to take the next step and take a look at the world you live in called Cosmos.

For the Illuminated Chao-Gnostic the appearance (creation) of Cosmos is seen as a "crime" in the sense that the Divine Sparks are imprisoned by limitations and hampered (due to those limitations) to go back to Chaos or even recognize it (or remembering) it due to the Blinding Light of this Creation World.

"For the Light of Marduk (who created this realm) is a Blinding Light", as Gnostic writings state. The purpose (side effect) of Cosmos is the imprisonment of the divine Sparks and keep them withing the causal game of material birth and rebirth. In the Gnostic sense Evolution means to return to Chaos (Womb) and Chaos returning the All (creation world) to Itself.

In the world of causality (the Demiurg's creation) we find restrictions and limitations in all ways of existence.

This is a quick recap of one of the most profound secrets about the world we live in today. Use discernment and Inner reflection to comprehend this short text.

"Illumination is a Shadowless light and is like Typhon's smokeless Fires."

The acronym V.I.T.R.I.O.L.U.M., used in alchemical literature, is formed by the Latin expression "Visita Interiora Terrae Rectificando Invenies Occultum Lapidem Veram Medicinam", what means "Visit the interior of the earth, and by rectifying you will find the hidden stone which is the true medicine". 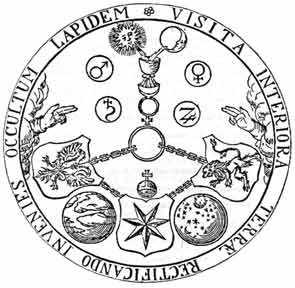 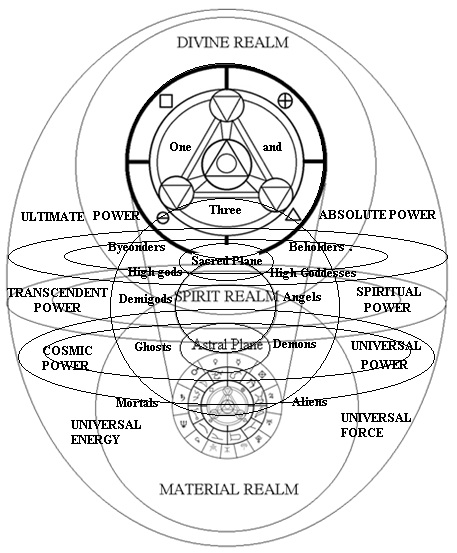