We understand that there is extreme fatigue and frustration re: the wheels of justice [slow].

Exclude emotion and personal desire, instead use logic and critical thinking based on situational awareness [undo a lifetime of evil & corruption [infestation] in the span of less than 2 years w/ a corrupt DOJ & FBI in place?].

How can you make arrests [non military] prior to first fully cleaning out corrupt elements [at the top] of those departments [FBI][DOJ] that oversee ‘investigation & prosecution’ in the United States [they [themselves] are the very ones engaged in the illegal treasonous acts]?

How do you ensure those prosecuted [non military] would receive an impartial judgement based on the RULE OF LAW?

How do you ensure 'appeals' to the U.S. Supreme Court are evaluated impartially > based on the RULE OF LAW?

How do you navigate around installed BLOCKADE?

[MUELLER] designed as PUBLIC OUTCRY EXCUSE should criminal charges be brought against them [‘we are being ‘politically’ attacked because MUELLER…].

How do you REMOVE installed BLOCKADE?

How do you navigate around installed corrupt [FBI][DOJ]?

USE A STEALTH BOMBER

Who must authorize firing of FBI/DOJ officials?

Why did McCabe try to take SESSIONS out?

What was the SESSIONS SENATE CONF VOTE? 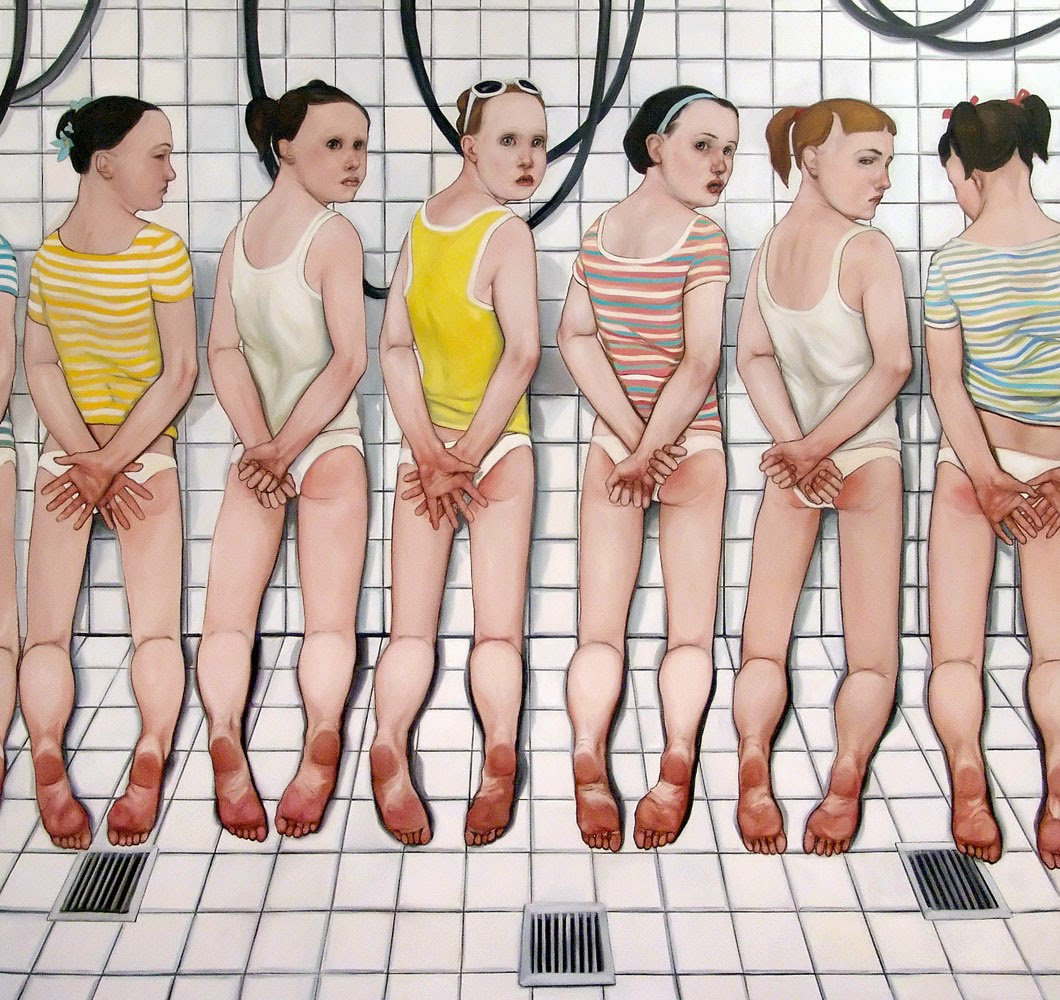 mooi stukje uit het Q Boek
The intelligent and systematic way in which Q posed his questions, caught the attention of many 4chan/pol users. Especially when several things Q hinted at, became true...
1.)“Friday and Saturday will deliver on MAGA promise”, Q says on Oct. 31, mentions “cleaning house (gov’t).” On Nov. 3 he askes “Why did JK travel to SA recently? What is SA known for? Where do the big-gest donations come from?” That weekend the Saudi Arabia purge happens. The arrested Saudi Princes are the people who fund Hillary Clinton, the Clinton Foundation, and own Citi-group (who basically picked Obama’s cabinet). Saudi assets were frozen.

3.)Unverifiable claim: “Tony Podesta indicted Nov. 3, Huma Abedin 6th.” They were not arrested, but in-dictment does not necessarily equal arrest. About a week later, however, newspapers reported that the Podesta Group was shutting down. Tony goes missing.

4.)Q said on Oct. 31: “Any person stating they won’t run for re-election, has been put in submission.” Ten days later FOX News announced “40 politicians not running.” The number has risen and it’s double the usual.

5.)Q said there could be social media blackouts, “but don’t worry.” Later, Trump twitter goes offline for a while. The 4chan thread has also been under attack, has been flooded with spammers. The thread even went missing (error 404) at some point, was back up the next morning. Q said that the thread was being protected, though attacks would continue, and they have.

7.)Q sent two photo’s taken from an airplane, one from a city and one from some islands in the sea. Anons (anonymous users of 4chan) identify the locations on the photos and their time stamps and they seem to match Air Force 1’s trajectory, meaning the photos were taken from inside AF1 during POTUS Asia trip: Q is on board. (4chan/pol is notorious for their simply impressive “capture the flag” operations targeting Shia LeBoeufs Anti-Trump flag - suffice it to say they know a thing or two about identifying locations!).

A former high-level official from within the UN has blown the whistle on a pedophilia network of massive proportions involving thousands of UN employees wreaking havoc on tens of thousands of innocent children.

In just ten years, under the guise of rendering aid, the United Nations has literally been raping and pillaging countries across the world. The problem has gotten so out of hand that it prompted the former UN insider, Andrew Macleod, to blow the whistle and hand over the evidence to Britain’s Department for International Development (DFID) Secretary Priti Patel.

"In 1972 a crack commando unit was sent to prison by a military court for a crime they didn't commit. These men promptly escaped from a maximum security stockade to the Los Angeles underground. Today, still wanted by the government, they survive as soldiers of fortune. If you have a problem, if no one else can help, and if you can find them, maybe you can hire the A-Team."

In what must be one of the most rapidly written, edited, and published op-eds in New York Times history, Alexander Soros, son of billionaire globalist puppet-master George Soros, has penned a blame-scaping piece pointing directly at president Trump's "politics of demonizing opponents" as responsible for the bombing of his father, The Clintons, The Obamas, and well anyone else who has received a suspicious package in the last few days and is not in any way right-leaning.

Frustrated by the failure of the Mueller investigation to turn up the requested dirt on their nemesis-in-chief, the media "resistance" asked a few spy novelists to predict a more appealing future in the Times' literary supplement. The results revealed some shoddy writing work, even putting aside their predictable endings (spoiler alert – he was colluding with the Russians all along!).

Zoe Sharp's story was apparently written while she was held hostage in a Bond movie with a bunch of Soviet bad guys. A Russian agent (of course) checks into a hotel, meets another Russian carrying a briefcase with a Makarov pistol and Stolichnaya (because Russia), and gets drunk. The next morning, he tries to shoot the president, but the gun misfires. The crisis – what will Putin think, now that I've failed him?! – is averted when a secret service agent lends a helping hand. Get it? It's funny, because even Trump's staff want to murder him!

New York Times: Be sure to read the story we published depicting Trump getting assassinated.

New York Times: We need to have a serious conversation about Trump’s rhetoric.

Social media was appropriately appalled, particularly given the timing of the story's publication.

"[The Russian] opened his eyes. The Secret Service agent stood before him, presenting his Glock, butt first.

Jesus Christ. The left has become so deranged after the 2016 election that this is now their masturbatory fantasy.

Sharp's sloppy fact-checking was another point of ridicule.

- Makarovs don't misfire. As one knowledgeable user told me, "It either works, or falls apart in your hands."

The other stories are a marginal improvement, each describing their own (curiously similar) version of a reality in which the Mueller investigation has vindicated their conspiracy theories and Trump is on his way to impeachment, prison, or the morgue. All include petty digs at the president's hair, speech patterns, or other obvious foibles.

Trump's election has hastened a decline in journalistic standards that has seen once-respectable media outlets like the Times jettison fact-checking, accountability, and taste standards in favor of grinding their political axe. Journalists' concerns about the Trump regime are not unfounded, however – his Justice Department has prosecuted more whistleblowers and leakers than even media darling Barack Obama, who previously held the record.

So I guess fantasizing about a mass shooter going in and wasting the entire editorial department at the times is perfectly acceptable since after all it is fiction. You are one sick piece of work.

While the 2018 elections have been marked by vicious rhetorical attacks from both parties, Clinton, Eric Holder, and Maxine Waters have all been accused of calling for their supporters to physically attack GOP candidates and supporters. Several candidates actually have been attacked in the last month, and one man was arrested for mailing ricin to the White House and Pentagon.

Still, Trump was prepared to temporarily bury the hatchet in light of today's events. He called for the country to "come together," calling for a federal investigation of the mailings and unequivocally condemning the perpetrators. That wasn't enough for CNN's Jeff Zucker, though, who countered, "There is a total and complete lack of understanding at the White House about the seriousness of their continued attacks on the media."

Last October, an anonymous user, known simply as Q, started posting cryptic messages on the controversial message board 4chan—the common theme being that President Trump is a secret genius and his opponents, namely Hillary Clinton and Barack Obama, are evil. Q reportedly claimed to be getting this information directly from the government, thanks to top-secret, “Q-type” security clearance. There has been little—if any—hard evidence to support Q’s musings. But over time, thousands of people started to believe them—or at least, to acknowledge they might be real. And they became the foundation of a wide-ranging conspiracy theory, known as QAnon, that has been covered by the New York Times and New York Magazine, among others, and discussed in more than 130,000 videos on YouTube. One of its most prominent followers: Roseanne Barr, who tweeted several references to QAnon before being fired from her hit TV show in May. —Melissa Chan
[YES]Equality of Opportunity - [NO]Equality of Outcome
Omhoog
Plaats reactie
947 berichten