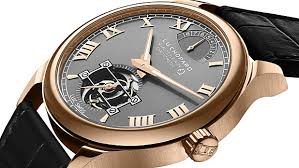 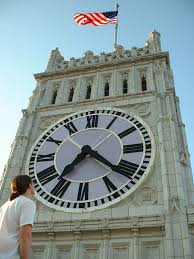 
2+2 (from 22) in numerology is 4...which is the square, and this is the circle of life being squared by Saturn because we are all "boxed in" by time and destiny....
De volgende gebruiker(s) zeggen bedankt: baphomet
Omhoog se non è ve·ro, è ben tro·va·to (even if it is not true, it is well conceived)

Craig David Button (November 24, 1964 - April 2, 1997) was a United States Air Force pilot who died when he crashed an A-10 Thunderbolt II aircraft under mysterious circumstances on April 2, 1997. During the incident, Captain Button inexplicably flew hundreds of miles off-course without radio contact, appeared to maneuver purposefully and did not attempt to eject before the crash. His death is regarded as a suicide because no other hypothesis explains the events. His aircraft carried live bombs which were never recovered. It took three weeks to find the crash site. During that time, there was widespread public speculation about Captain Button's intentions and whereabouts.

Craig Button's father, Richard Button, was a retired Air Force Lieutenant Colonel. His mother, Joan Button, was a devoted Jehovah's Witness. According to a letter written by Craig, she raised him "to think that joining the military is wrong." She did not allow Craig to wear his college AFROTC uniform at home. Craig's half-sister, Susane Button, reported that his mother had wanted him to leave the military.

Hurlburt Field at Eglin Air Force Base (home of the Air Force Special Operations Command) is named after Craig Button's uncle, Donald Wilson Hurlburt, who was a B-17 pilot in World War II.

Craig Button graduated from Long Island's Wantagh High School in Wantagh, New York. He began flying at age 17 and aspired to be a professional pilot. He was described as "polite", "quiet" and a "perfectionist" who "rarely drank and never smoked." One of his instructors remarked that his shoes were always shined. His next-door neighbor growing up reports that he was "a ridiculously hard worker.

Captain Button was commissioned through the Air Force ROTC program at New York Institute of Technology in Old Westbury, New York, where he received a degree in aerospace engineering in 1990. He spent four years at Laughlin Air Force Base in Texas as a T-37 first assignment instructor pilot (FAIP) before transferring to the A-10 at Davis–Monthan Air Force Base in Arizona. He had been an Air Force pilot for five years before the crash.

Captain Button took off in his single-seat A-10 Thunderbolt II attack aircraft on a training mission with two other A-10s from Davis-Monthan Air Force Base in Tucson, Arizona. His jet was armed with four Mk-82 bombs, 60 magnesium flares, 120 metal chaff canisters and 575 rounds of 30-millimeter ammunition. This training mission would have been the first time Captain Button dropped live ordnance.

Near Gila Bend, Arizona, after being refueled in-flight, Captain Button unexpectedly broke formation. He flew in a northeasterly direction towards the Four Corners area of Colorado, New Mexico, Arizona and Utah. His jet was spotted numerous times by observers on the ground. One observer, an off-duty pilot, said the jet appeared to maneuver around bad weather. This observation suggested to the Air Force that the aircraft was being flown manually and purposefully. The flight was tracked by radar in Phoenix, Albuquerque and Denver. But because Captain Button's transponder was turned off, the aircraft was only tracked, not identified. It was only after analyzing radar data later that investigators were able to track Button's flight.

Time Location
11:58 AM east of Tucson
12:10 PM west of Apache Junction, Arizona
12:11 PM several miles south of Lake Roosevelt
12:29 PM north of Lake Roosevelt
12:43 PM approaching New Mexico
12:58 PM just inside Colorado
1:00 PM near Telluride
1:08 PM near Montrose
1:22 PM Button begins a zig-zag pattern with this sighting between Grand Junction and Aspen
1:27 PM bearing to the northeast, Button is now north of Aspen
1:30 PM Button is due south of his last position
1:33 PM the A-10 is southeast of the last sighting
1:35 PM north by northeast of its previous sighting, the A-10 is between Aspen and Grand Junction again
1:37 PM Button is heading northeast again
1:40 PM In the last reported sighting, Button is northeast of Aspen, near Craig's Peak and New York Mountain

The search for the crash site was conducted by the US Air Force, Colorado Air National Guard and the Civil Air Patrol. A U-2 reconnaissance plane from Beale Air Force Base in California overflew the area and identified five possible sites. Twenty days after Button's aircraft disappeared, an Air Force TH-53 helicopter spotted metal fragments in the snow on Gold Dust Peak. Steep terrain, bad weather, high winds, deep snow, rock slides and avalanches hampered access to the site. Rodents were even found to be chewing through the ropes of recovery personnel. It was several more days before the wreckage was confirmed to be Captain Button's missing A-10. It took another four months to recover the human remains.

Status of the Mk-82 bombs

The four 500-pound Mk-82 bombs have not been found despite an exhaustive search involving metal detectors and ground-penetrating radar. The bombs were designed to survive a crash and the Air Force expected to find them at the site. Furthermore, the aircraft's bomb racks were recovered in the wreckage, and they indicated that the bombs had not been released. Yet, more than four dozen witnesses reported hearing loud explosions in Northern Arizona and also near Telluride and Aspen in Colorado. However, no evidence was found to support the idea that Button released the weapons where the explosions were heard. The Mk-82 bombs can throw fragments more than a mile (1.6 km), and the crash site was less than 4000 feet (1.2 km) from a deep alpine lake.

So where is art headed in the digital age? Can we see the future yet? We must be experiencing the fastest rate of technological change in human history. The industrial revolution was a meandering process compared with today’s acceleration. And because communication is at the heart of this historical leap, it instantly and constantly creates new opportunities and challenges for artists.

Take “gif art”. The technology behind gifs – which stands for graphic interchange format – has been around since 1987. It allows brief pieces of animation to be easily shared online. And it’s now become a hugely popular “art form”.

Cartoon dogs, flying babies, op art abstractions – all are being touted as the latest cool art in gif form.

Now the British street artist (virtual street artist?) Insa, who specialises in gif-iti, has made media waves by creating “the world’s largest gif” in Brazil. He has painted a repetitive horizontal graphic image large enough to be seen from space, which was filmed over two days from a satellite to create an animated gif. It seems inaccurate to call the gif gigantic. Rather the process of making it involved a colossal image.


Whatever, the real record here is for the World’s Daftest Hyping of Digital Art. The giant cosmic gif was sponsored by a drinks company and has the feeling of a contrived publicity stunt invented by marketing folk. This is the kind of bollocks PR companies think is art. It was this or another vodka-fountain ice sculpture.

But I haven’t the heart to get too angry about gif-iti. The amazing opportunities offered by new technology are hardly something artists can or should ignore. If you get sick of all the endless hype for silly animated gifs and other online “art” – the quotation marks really are required for a lot of this stuff – just close your eyes and think of David Hockney.

No artist has been quicker or more successful than Hockney in using digital media. His iPad drawings are joyous responses to a new medium. Are they masterpieces? That’s not the point. Hockney is a real artist whose craft skills are beyond doubt. It is therefore fascinating that he finds the iPad such a useful instrument.

It is natural that visually gifted young artists today will take this veteran’s lead and want to draw on a screen as well as on paper, to play about with gifs and experiment in gif-iti. Where will this lead? Somewhere totally new. The art of this century is headed into uncharted territories that will have as little to do with Turner-prize conceptualism as with traditional painting.

At the moment, the technology defines what is possible, and gif art is more interesting for how it is made than for what people are making. But one day a real artist will follow in the footsteps of today’s pioneers and create a digital masterpiece that is profound and true. That day will be sooner that we think – and worth the hype.

Mom Finds a Weird Creature in a Tuna Can

It's a good thing she saw it before feeding it to her children.

Imagine opening up a can of food for lunch, and you notice something alien-like inside... looking right at you. Scared yet? Well, that's exactly what happened to Zoe Butler, 28, from the U.K.

Almost immediately after opening up some Princes tuna, Butler spotted a "sea creature" she knew wasn't supposed to be in her food. "I opened the top of the lid and saw a purple-y thing, a gut sack or intestine — then I turned it round and pushed it with a fork and saw it looking back at me… It's got like a spiny tail along the bottom," she told the Nottingham Post.

She then (as anyone else would) screamed in horror. She eventually contacted the company, sending them images of the animal, which is thought to be a type of crab. They quickly responded and apologized. Since she kept the creature as evidence, she will send the can (and the critter) to Princes so they can investigate what happened.

Butler says she's not looking for any form of payment or a lifetime supply of tuna. "I just want to find out what it is and to make sure it doesn't happen to somebody else."