Back To The Future met QFF! 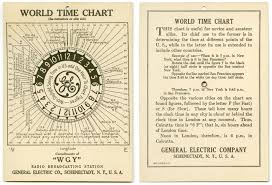 ...We Are the Stuff of Which Dreams Are Made...

Many native peoples have been ascribed the belief that to record their image "steals their soul". It is a commonplace of sympathetic magic belief systems that to view someone's photograph or image provides a current conscious link to them.

At the moment an image which 'will' be viewed or heard in the 'future' is recorded, the consciousness of that future audience impinges upon that moment, directly interfacing/interlacing with the minds of those present. The more viewers of a work, the more conscious perspectives intersect at the moment of its inception. If a recording or creative work is to be successful in its transmission - ie experienced by a wide audience during or subsequent to its creation - then 'the muse' will be with the artist and the work will appear to produce itself, or by an act of inspiration. The consciousness of the audience - and creator - is the muse. The artist is an instrument of the audience. Time is no barrier, but a medium.

The Egyptian Pharaohs refused to have their countenances (or those of their families) accurately portrayed - with the exception of one notable heretic whose name and visage we almost erased from history before being recovered. Islam and other belief systems avoid portraying the human form.

Each time we 'remember' the past a part of us is present there. We affect that moment and have 'already' done so. A memory - or imprint - to which we repeatedly return has 'fixed' itself in our awareness. It is overlaid with the multiple impressions communing with that moment throughout the 'future'. The focus of these ‘future (often more evolved, aware, wiser) selves' alters the original moment of imprinting radically, cross-linking it to other temporal planes. We are all self-referencing in time.

Major experiences which we survive will be undergone in a field of intense focus of consciousness, which alters the possibilities - and probabilities - within the moment of imprinting.

When you were young(er) you may have experienced a life-altering event that impressed itself into your memory. At the time this was taking place you may have had the impression that you were encompassed by something 'larger' than yourself. Perhaps you experienced a 'guide' or even 'god' or 'higher being' that seemed to be present, guiding or preserving you. This was you in the 'future'; in fact, all the evolving layers of you who ever returned in their memory to relive that peak experience, overlaying all their alternative perceptions upon the moment of momentum.

The impression of peak experience is created not only by the experience itself but also by the focused concentration of consciousness from different timespace vectors.


you know what Doc always says!....IF you really put your mind to it...
Omhoog