"The revealing of the Stone is the catalyst which will collapse the corrupt civilization and usher in the Golden Age. But civilization must reach a truly corrupt state before it can be collapsed and reborn from the ashes. Corruption is necessary for the development of civilization as a whole; it's not a bad thing if you look at the big picture, but a necessary stage of development. The same holds true in the development our Stone."
het is niet wat het lijkt,... het is veel erger
Top 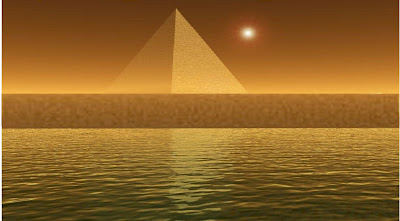 The Birds in Alchemy by Adam McLean

This article written in 1979 was first published in the Hermetic Journal No. 5.

In alchemical writings we meet a seemingly bewildering multiplicity of animal symbols - red lions, white eagles, stags, unicorns, winged dragons and snakes. Although at first glance all this complex mass of symbolism seems tortured and confused there is an inner coherence to these symbols, which the ancient alchemists used in specific ways reflecting their esoteric content. In this article I wish to consider a particularly tight knit group of these animal symbols, the birds of alchemy - the Black Crow, White Swan, Peacock, Pelican, and Phoenix - which are descriptive of certain stages of the alchemical process. Of course it would be wrong to suggest that there are fixed rigid meanings with regard to these symbols. The alchemists always integrated the symbols they used, so that one has to look at the total context, the background against which they stand, but when the birds appear in this sequence it is almost certain that the following interpretation can be applied.
Firstly, let us look at the symbols in general. What did the alchemists wish to symbolise by birds? The essential thing about birds is that they, having as their domain the air element, mediate between the earthly realm and the heaven world. The alchemist in observing the flight of birds, recognised in them a picture of the human soul undergoing spiritual development. The soul, aspiring upwards, flying free of the restraints of the earth bound body seeking the heavenly light, only to have to return to the earthly consciousness again after the meditation, the alchemist symbolised by the bird. Thus the bird symbols, in alchemy, reflect the inner experiences of soul alchemy, the soaring of the soul free from the earth bound body and the physical senses. The soul, in the meditations of soul alchemy, touches upon the spiritual world, and brings something of this back into the outer life again. The birds as symbols mediate between the physical and spiritua1 worlds, they reflect certain archetypal experiences encountered by the soul in its development through the alchemical process.
These symbols were used in two ways. Firstly, as a description in a text of one aspect of the process. Thus the alchemist might indicate a certain process as the Pelican stage, and describe certain facets of this by using perhaps other symbols, Secondly, these bird symbols could be used as a subject matter for a meditation, and by inwardly building such a symbol, one connected in soul with the essential experience of the particular stage of the alchemical-soul process.
Now us will look at these in detail. I would like to consider them in the following sequence, one which occurs in various sources: Black Crow - White Swan - Peacock - Pelican - Phoenix - as these correspond to a developing inner experience which involves a progressively deepening encounter with the inner spiritual dimension of our being.

The Black Crow sometimes also the Raven is the beginning of the great work of soul alchemy. This indicates the initial stages of the alchemist's encounter with his inner space, through withdrawing from the outer world of the senses in meditation, and entering what is initially the dark inner world of the soul. Thus this stage is also described in alchemical texts as the blackening, the nigredo experience, and it is often pictured as a death process, as in the caput mortuum, the deaths head, or as some alchemical illustrations show, the alchemist dying within a flask. Thus in the symbol of the Black Crow we have the stepping out in consciousness from the world of the physical senses the restrictions that bind us to the physical body.

The next stage, is often shown as The White Swan. Now the alchemist begins to experience the inner world as being light filled - the initial inner brightness which is often erroneously mistaken for true illumination. This is merely a first conscious encounter with the etheric world, and in comparison with physical sense experience is for many souls so overpowering as to be pictured as bright white light. The alchemical tradition recognised this and symbolised this stage as the White Swan. The swan is a bird which is rarely seen in flight, but rather swimming upon lake or river, gracefully moving on the surface of water- in soul terms, on the soul's surface, its etheric interface with the physical

More: http://www.levity.com/alchemy/alcbirds.html
illuminati of my own reality
Top