ISIS did not come from nowhere. They have got a lot of money that’s come from somewhere. They’ve got a huge supply of arms that have come from somewhere. They are – not in total, but in part – a creation of Western interventions in the region. What I would do is try to economically isolate them. And also try to unite the other groups in the region by supporting autonomy for the Kurdish groups and recognize the vast amount of arms that we have sold – particularly to Saudi Arabia – end up somewhere and those are now being used.
Bombing by the West in Syria now would create more mayhem. It’s very unclear who the alliances would be with and it would make the situation worse. I opposed the bombing of Syria in that historic 2013 vote and would continue that position.

“We are dealing with a criminal undertaking at a global level . . . and there is an ongoing war, it is led by the United States, it may be carried out by a number of proxy countries, which are obeying orders from Washington . . . The global war on terrorism is a US undertaking, which is fake, it’s based on fake premises. It tells us that somehow America and the Western world are going after a fictitious enemy, the Islamic state, when in fact the Islamic state is fully supported and financed by the Western military alliance and America’s allies in the Persian Gulf. . . . They say Muslims are terrorists, but it just so happens that terrorists are Made in America. They’re not the product of Muslim society, and that should be abundantly clear to everyone on this floor. . . . The global war on terrorism is a fabrication, a big lie and a crime against humanity.”

The Islamic State Is Pretext To Again Mug Libya

There are currently two governments in Libya. A "moderately Islamist" one in the west in Tripoli and one in the east in Tobruk. The eastern one is internationally recognized and "secular" but also supported by some Salafist groups. Both governments have their own parliament and various supporting militia. In the middle of the long east-west coastline the Islamic State led by some cadres from Iraq and Syria has taken a foothold in Sirte. It is recruiting followers from north Africa and moving to capture nearby oilfields to finance its further expansion.

The "west" is alarmed about this development and wants to intervene with military force. Special forces from several countries are already on the ground. But both governments and their parliaments do not want such foreign intervention.

The UN or someone came up with the glorious idea of creating a third government which is supposed to supersede the two existing ones. The task of this third government will be to "invite" foreign forces and to rubber-stamp whatever they will do. That third government is now constituted in Tunisia and has zero power on the ground in Libya:


[T]here is no guarantee that the other factions will back down. So what is a war between two rival governments backed by militias risks becoming a war among three rival governments, none of which recognize the others ..

But there is still a lot of money to be made in Libya and especially the French and British governments want to keep robbing the country blind. This requires some feet on the ground. The "brain" and a likely main profiteer behind all this seems to be one well known figure.

A revealing piece in the Times of Malta describes some of the astonishing political-business connections behind the scenes:


[A] major military operation by a collection of foreign powers is in the works to tackle Isis and install a UN-backed government but the shabby way it has been put together carries the risk it will blow back in everyone’s faces.

First, there is the strange situation that [Britain’s Ambassador to Libya, Peter] Millett takes his orders from Britain’s Libya envoy, Jonathan Powell, a contractor to the FCO. Yes, the same Powell who, along with then prime minister Tony Blair, brokered the deal with Muammar Gaddafi to end his dictatorship’s isolation a decade ago - and lead to fat Blair consultancies with that same tyrant after the prime minister left office.

Among other beneficiaries of this new opening up of Gaddafi’s dictatorship was a massive property development contract handed out to a company chaired by none other than Powell’s brother, Lord Charles Powell, which also involved an array of colourful London-based, well-known Arab millionaires. Which makes Powell more of a close relative of an interested party.

Libya is awash with weapons and munitions of all kinds and these are bought and sold in open markets. With the right amount of money one can easily buy powerful anti-tank weapons or anti-air guns readily installed on the ubiquitous Toyota technicals. But Britain also wants to sell, not buy weapons:


Millett revealed that he wants to sell Libya yet more [weapons] - but only to the ‘right’ militias, that is, those supporting the new UN-backed government of national accord (GNA).

The GNA, designed to replace Libya’s two warring governments, in Tripoli and Tobruk, is the cornerstone of Western policy in Libya, designed to unite the country to turn its united guns on Isis. Hence the weapons.

Millett insists the weapons will only go to the ‘right’ militias, an echo of a Western statement about supporting the ‘right kind’ of terrorists in Syria in the war against Isis.

Here now comes the real business part with the most valuable piece being the Libyan Investment Authority with some $65 billion in assets. This fond is owned by the Libyan people but whoever controls it will be able to siphon off tons of money:


Much of the fallout for this clumsy step to create a third government for Libya will be felt in Malta, where commercial battles rage between the two existing Libyan governments over control of a host of enterprises headquartered here - and which are soon to have unity government leaders also pushing for control.

The Valletta court battle for the public telecommunications company LPTIC highlighted the complicated split and a new tussle is underway for control of the Libyan Investment Authority (LIA), the Tobruk-appointed office of which is situated in Malta.

For now, the LIA battle is in London but in a bizarre twist the case was last week controversially stopped in mid flow on advice from Britain’s Foreign Office.

The judge making the order, which keeps both existing governments from getting their hands on this $65 billion asset, is none other than William Blair, brother of - you guessed it, Tony.

Never mind that Tony worked with the LIA in the latter Gaddafi years.

Well, you decide. But to me this looks like another coup in the making this time by introducing a third government that will be completely controlled by foreigners. All this not to "fight the Islamic State" but for Tony Blair and others to control and rob whatever assets the Libyans have left. (How, by the way, is the Clinton Foundation involved in this?)

I can not think of any positive outcome this hapless robbery attempt under the disguise of fighting the Islamic State will have for Libya and its people. Or for the people of those countries who's "elites" now again move to wage war on Libya. 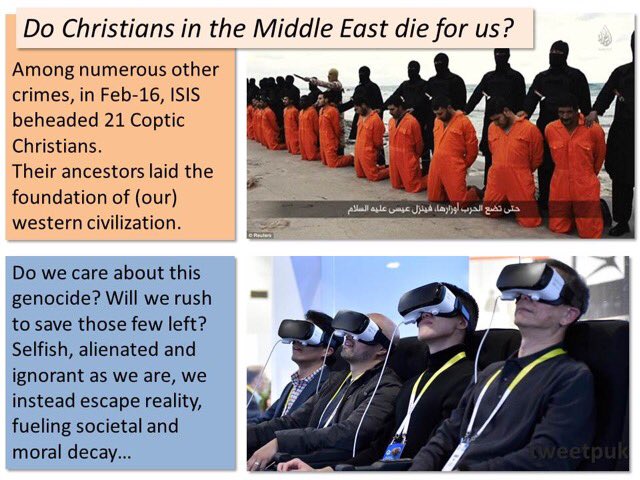 
Al-Qaeda never really existed as a terrorist group, rather it was a CIA-led intelligence operation that grew out of the CIA's anti-Soviet operations in Afghanistan and Pakistan in the 1980s. Is ISIS just a rebranding and continuation of this project.