Extraordinary rendition or irregular rendition is the apprehension and extrajudicial transfer of a person from one country to another.[1] During the United States war on terror, President Clinton initiated the program and, under the administration of President George W. Bush, the term became associated with US practices of abducting and transferring terrorism suspects to countries known to employ torture for the purpose of interrogation. The process has continued and expanded under the Barack Obama administration, though new rules have been put in place that claim to prevent torture of abducted individuals; in August 2009, U.S. Attorney General Eric Holder accepted the results of the Special Task Force on Interrogations and Transfer Policies that the U.S. will be limited to seek "assurances from the receiving country" as such.

Extraordinary rendition is a practice of questionable legality which is practiced by several major Western nations, including the United States. It involves transporting suspects to foreign territory illegally, and is used specifically in the field of counter-terrorism. The practice has many outspoken critics, since it appears to clearly violate human rights along with international agreements on the treatment of prisoners. Proponents argue that extraordinary rendition is the only way to get time-sensitive and crucial information into the right hands.

Although many people associate extraordinary rendition with the United States' “War on Terrorism” which began after 2001, the practice had been well established by the mid-1990s. It was in fact authorized and developed thanks to an executive order signed by President Bill Clinton, who was undoubtedly aware of the murky legal ground that the United States government would tread as a result. The Central Intelligence Agency (CIA) appears to be the main orchestrator of extraordinary rendition.

There are a number of forms of this practice. In one instance, a suspect is picked up in a foreign country, essentially kidnapped extrajudicially without the agreement or consent of the host country. This is a clear violation of national sovereignty and legal extradition agreements. Once captured, the suspect is taken to another country, typically one with more lax human rights protections, for questioning. In several cases, this questioning has clearly included torture, which is not a legal, ethical, or sensible method for extracting information. In other cases, foreign nationals have been removed from American soil and secretly transported out of the country.

In addition to questioning people under questionable circumstances, extraordinary rendition also appears to be linked to secret detainment facilities as well. The Washington Post detailed the existence of these so-called “black sites” in 2005, in an article which also discussed the techniques used to move detainees from nation to nation without detection. The New Yorker was also instrumental in exposing the practice of extraordinary rendition.

Critics argue that evidence obtained under duress is not admissible in court, and that therefore extraordinary rendition does not further legal American investigations of torture. In addition, torture is illegal in the United States, so the country is essentially outsourcing its torture to nations that will perform it. Furthermore, there have been several well documented instances of the rendition of innocent people, who have been kept incommunicado for months or years in a clear violation of their human rights. 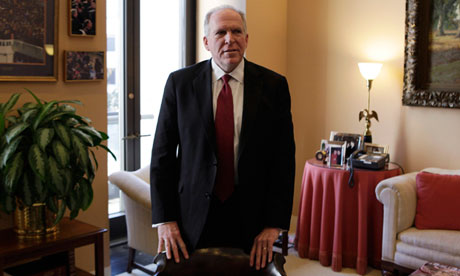 The full extent of the CIA's extraordinary rendition programme has been laid bare with the publication of a report showing there is evidence that more than a quarter of the world's governments covertly offered support.

A 213-page report compiled by the Open Society Justice Initiative (OSJI), a New York-based human rights organisation, says that at least 54 countries co-operated with the global kidnap, detention and torture operation that was mounted after 9/11, many of them in Europe.

So widespread and extensive was the participation of governments across the world that it is now clear the CIA could not have operated its programme without their support, according to the OSJI.

"There is no doubt that high-ranking Bush administration officials bear responsibility for authorising human rights violations associated with secret detention and extraordinary rendition, and the impunity that they have enjoyed to date remains a matter of significant concern," the report says.

"But responsibility for these violations does not end with the United States. Secret detention and extraordinary rendition operations, designed to be conducted outside the United States under cover of secrecy, could not have been implemented without the active participation of foreign governments. These governments too must be held accountable."

The states identified by the OSJI include those such as Pakistan, Afghanistan, Egypt and Jordan where the existence of secret prisons and the use of torture has been well documented for many years. But the OSJI's rendition list also includes states such as Ireland, Iceland and Cyprus, which are accused of granting covert support for the programme by permitting the use of airspace and airports by aircraft involved in rendition flights.

Canada not only permitted the use of its airspace but provided information that led to one of its own nationals being taken to Syria where he was held for a year and tortured, the report says.

Iran and Syria are identified by the OSJI as having participated in the rendition programme. Syria is said to have been one of the "most common destinations for rendered suspects", while Iran is said to have participated in the CIA's programme by handing over 15 individuals to Kabul shortly after the US invasion of Afghanistan, in the full knowledge that they would fall under US control.

Other countries are conspicuous by their absence from the rendition list: Sweden and Finland are present, but there is no evidence of Norwegian involvement. Similarly, while many Middle Eastern countries did become involved in the rendition programme, Israel did not, according to the OSJI research.

Many of the countries on the list are European. Germany, Spain, Portugal and Austria are among them, but France, the Netherlands and Hungary are not. Georgia stands accused of involvement in rendition, but Russia does not.

Some countries, such as Poland, Lithuania and Romania, hosted secret prisons on their territory.

The OSJI reports that the UK supported CIA rendition operations, interrogated people being secretly detained, allowed the use of British airports and airspace, arranged for one man, Sami al-Saadi, to be rendered to Libya with his entire family, where he was subsequently tortured, and provided intelligence that allowed a second similar operation to take place.

Publication of the report appears to have been timed to coincide with the confirmation hearing on Thursday of John Brennan, Barack Obama's choice to head the CIA. Brennan is widely expected to be questioned about his association with the so-called enhanced interrogation policies adopted by Bush.

"Despite the efforts of the United States and its partner governments to withhold the truth about past and ongoing abuses, information relating to these abuses will continue to find its way into the public domain," the report says.

"At the same time, while US courts have closed their doors to victims of secret detention and extraordinary rendition operations, legal challenges to foreign government participation in these operations are being heard in courts around the world."

The OSJI is calling on the US government to repudiate the rendition programme, close all its remaining secret prisons, mount a criminal investigation into human rights abuses – including those apparently endorsed by government lawyers – and create an independent and non-partisan commission to investigate and publicly report on the role that officials played in such abuses.

The organisation is also calling on non-US governments to end their involvement in rendition operations, mount effective investigations – including criminal investigations – to hold those responsible to account, and institute safeguards to ensure that future counter-terrorism operations do not violate human rights standards.

• This article was amended on 5 February 2013. It incorrectly stated that Syria was part of George Bush's so-called axis of evil. This has been corrected.

"You know, there's a lot of reason for the Syrian Government to duck responsibility ... but we continu to believe that to the best of our knowledge we think he [Foley, red.] is in Syrian government custody”.

Fresh doubt has been thrown on the narrative behind the James Foley beheading video after a Syrian government spokesperson claimed that the American journalist was killed by ISIS militants a year ago.

Following the release of a video last week which purported to show the murder of Foley, top forensic experts concluded that the footage was staged using “camera trickery and slick post-production techniques,” concurring with Infowars’ analysis that the video was highly dubious given that it was immediately used as justification for military strikes on Syria.

Official Syrian government spokesperson Bouthaina Shaaban has now complicated matters further by asserting that Foley was in fact murdered by Islamic State militants a year ago.