The Handbook of Smart Antennas for RFID Systems is a single comprehensive reference on the smart antenna technologies applied to RFID. This book will provide a timely reference book for researchers and students in the areas of both smart antennas and RFID technologies. It is the first book to combine two of the most important wireless technologies together in one book.

The Infinite Book will take you on a tour of these dangerous questions and the strange answers that scientists, mathematicians, philosophers, and theologians have come up with to deal with its threats to our sanity.


An examination of Infinity in history and science with excursions into literature, philosophy and religion, written by one of the most successful writers of popular science.Infinity is surely the strangest idea that humans have ever thought. Where did it come from and what is it telling us about our Universe? Can there actually be infinities? Or is infinity just a label for something that is never reached, no matter how long you go on counting? Can you do an infinite number of things in a finite amount of time? Is the universe infinite? But infinity is also the place where things happen that dont. All manner of strange paradoxes and fantasies characterize an infinite universe. So what is it like to live in a Universe where nothing is original, where you can live forever, where anything that can be done, is done, over and over again?These are some of the deep questions that the idea of the Infinite pushes us to ask. Throughout history, the Infinite has been a dangerous idea. Many have lost their lives, their careers, or their freedom for talking about it. 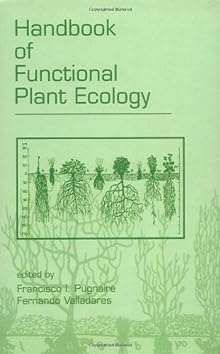 Offers the latest findings and research breakthroughs in plant ecology, as well as consideration of classic topics in environmental science and ecology. This wide-ranging compendium serves as an extremely accessible and useful resource for relative newcomers to the field as well as seasoned experts. Investigates plant structure and behavior across the ecological spectrum, from the leaf to the ecosystem levels. 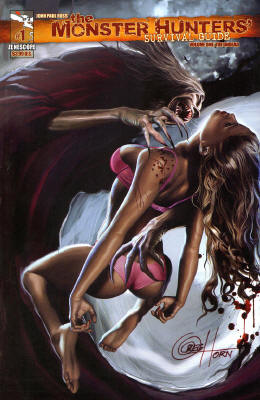 1 * WATER FOR ELEPHANTS, by Sara Gruen. (Algonquin.) After his parents die in a car accident, a young veterinary student — and an elephant — save a Depression-era circus.
2 * THE HELP, by Kathryn Stockett. (Penguin Group.) A young white woman and two black maids in 1960s Mississippi.
3 * SOMETHING BORROWED, by Emily Giffin. (St. Martin's.) A maid of honor to her charmed friend, Rachel White has always played by the rules. But that changes on her 30th birthday.
4 * 10TH ANNIVERSARY, by James Patterson and Maxine Paetro. (Little, Brown.) Detective Lindsay Boxer and the Women’s Murder Club race to find a missing baby.
5 * BURIED PREY, by John Sandford. (Penguin Group.) The Minneapolis detective Lucas Davenport investigates the murders of two girls who were kidnapped in 1985.
6 * DEAD RECKONING, by Charlaine Harris. (Penguin Group.) The telepathic waitress Sookie Stackhouse seeks the culprit in a firebombing.
7 * THE SIXTH MAN, by David Baldacci. (Grand Central.) The lawyer for an alleged serial killer is murdered, and two former Secret Service agents are on the case.
8 * A GAME OF THRONES, by George R. R. Martin. (Random House.) In the frozen wastes to the north of Winterfell, sinister and supernatural forces are mustering.
9 # FRANKENSTEIN: THE DEAD TOWN, by Dean Koontz. (Random House.) Book 5 in the reimagining of the classic tale.
10 * THE JEFFERSON KEY, by Steve Berry. (Random House.) The former government operative Cotton Malone foils an assassination attempt on the president and finds himself at dangerous odds with a secret society.
11 * SOMETHING BLUE, by Emily Giffin. (St. Martin’s.) After being betrayed by her fiance and her best friend, Darcy Rhone flees to London.
12 # CONVICTION, by Aaron Allston. (Random House.) The Jedi Order has taken control of the Galactic Alliance. Meanwhile, Luke and Ben Skywalker are pursuing Abeloth, the evil entity determined to rule the galaxy; a "Star Wars" novel.
13 * THE LINCOLN LAWYER, by Michael Connelly. (Little, Brown.) Routinely doing business from his Lincoln Town Cars, the bottom-feeding attorney Mickey Haller is asked to defend the scion of a wealthy family who might not be guilty of a murderous crime.
14 * THE FIFTH WITNESS, by Michael Connelly. (Little, Brown.) The defense lawyer Mickey Haller represents a woman facing home foreclosure who is accused of killing a banker.
15 * THE GIRL WHO KICKED THE HORNET’S NEST, by Stieg Larsson. (Knopf Doubleday.) The third volume of the Millennium trilogy, about a Swedish hacker and a journalist.
16 * A CLASH OF KINGS, by George R. R. Martin (Random House)
17 * ROOM, by Emma Donoghue (Little, Brown)
18 * THE PARIS WIFE, by Paula McLain (Random House)
19 * CUTTING FOR STONE, by Abraham Verghese (Knopf Doubleday)
20 * THE GIRL WITH THE DRAGON TATTOO, by Stieg Larsson (Knopf Doubleday)
21 * THE SNOWMAN, by Jo Nesbo (Knopf Doubleday)
22 * THE GIRL WHO PLAYED WITH FIRE, by Stieg Larsson (Knopf Doubleday)
23 * A VISIT FROM THE GOON SQUAD, by Jennifer Egan (Knopf Doubleday)
24 * THE ART OF RACING IN THE RAIN, by Garth Stein (HarperCollins)
25 * THE SEARCH, by Nora Roberts (Penguin Group)
26 * A STORM OF SWORDS, by George R. R. Martin (Random House)
27 * I'LL WALK ALONE, by Mary Higgins Clark (Simon & Schuster)
28 * A TURN IN THE ROAD, by Debbie Macomber (Harlequin)
29 * SIXKILL, by Robert B. Parker (Penguin Group)
30 * CALEB'S CROSSING, by Geraldine Brooks (Penguin Group)
31 * THE LAND OF PAINTED CAVES, by Jean M. Auel (Crown)
32 * WORTH DYING FOR, by Lee Child (Random House)
33 # FOREIGN INFLUENCE, by Brad Thor (Simon & Schuster)
34 * A FEAST FOR CROWS, by George R. R. Martin (Random House)
35 * CHASING FIRE, by Nora Roberts (Penguin Group)

1 * HEAVEN IS FOR REAL, by Todd Burpo with Lynn Vincent. (Thomas Nelson.) A father recounts his 3-year-old son’s encounter with Jesus and the angels during an appendectomy.
2 * IN THE GARDEN OF BEASTS, by Erik Larson. (Crown.) This portrait of Berlin during the rise of the Nazis centers on William E. Dodd, who became U.S. ambassador there in 1933.
3 * BOSSYPANTS, by Tina Fey. (Little, Brown.) A memoir from the former Saturday Night Live star and creator of "30 Rock."
6 * UNBROKEN, by Laura Hillenbrand. (Random House.) An Olympic runner’s story of survival as a prisoner of the Japanese in World War II.
7 * LIES THAT CHELSEA HANDLER TOLD ME, by Chelsea Handler, Glen Handler, Roy Handler and others. (Grand Central.) Handler’s friends, family members and colleagues write about being victims of her practical jokes.
8 * DOES THE NOISE IN MY HEAD BOTHER YOU?, by Steven Tyler. (HarperCollins.) The singer recounts the meteoric rise, fall and rise of Aerosmith over the last three decades.
9 * SEAL TEAM SIX, by Howard E. Wasdin and Stephen Templin. (St. Martin's.) An expert sniper and former member of the Navy Seals recounts his military training and missions, including the battle of Mogadishu in 1993.
10 * THE IMMORTAL LIFE OF HENRIETTA LACKS, by Rebecca Skloot. (Crown.) The story of a woman whose cancer cells were extensively cultured without her permission in 1951.
11 * AREA 51, by Annie Jacobsen. (Little, Brown.) An account of the mysterious military installation, which the author contends is the home of secret espionage programs.
13 * STORIES I ONLY TELL MY FRIENDS, by Rob Lowe. (Holt.) The actor charts his professional path, from teen idol to "The West Wing."
14 * THE PSYCHOPATH TEST, by Jon Ronson. (Penguin Group.) A look into a potential hoax in the scientific community spurs a journey into the world of psychopathy.
15 * LOST IN SHANGRI-LA, by Mitchell Zuckoff. (HarperCollins.) After a jungle plane crash in 1945, three survivors were caught between headhunters and enemy Japanese.
17 * LIFE, by Keith Richards with James Fox (Little, Brown)
19 # ON CHINA, by Henry Kissinger (Penguin Group)
20 * LONE SURVIVOR, by Marcus Luttrell and Patrick Robinson (Little, Brown)
21 * BORN TO RUN, by Christopher McDougall (Knopf Doubleday)
23 * TOO BIG TO FAIL, by Andrew Ross Sorkin (Penguin Group)
24 * THE GLASS CASTLE, by Jeannette Walls (Simon & Schuster)
25 * MY HORIZONTAL LIFE, by Chelsea Handler (Bloomsbury)
28 * FROM THIS MOMENT ON, by Shania Twain (Simon & Schuster)
29 * IF YOU ASK ME, by Betty White (Penguin Group)
30 WHERE'S THE BIRTH CERTIFICATE?, by Jerome R. Corsi (WND Books)
31 * _____ MY DAD SAYS, by Justin Halpern (HarperCollins)
32 * THE SOCIAL ANIMAL, by David Brooks (Random House)
33 * MY LUCKY LIFE IN AND OUT OF SHOW BUSINESS, by Dick Van Dyke (Crown)
34 * THE HEART AND THE FIST, by Eric Greitens (Houghton Mifflin Harcourt)
35 * THE BIG SHORT, by Michael Lewis (Norton)