Megyn Kelly asked Judge Andrew Napolitano what the government's next move will be in the likely prosecution of NSA whistleblower Edward Snowden. The government could go for the most severe charge of treason, though the judge believes that scenario is unlikely. Napolitano explained that the legal bar to proving treason is extremely high and he does not believe Snowden's actions would fall into this category.

"Treason is the only crime for which the government can seek a death penalty where the defendant hasn't caused a death with his own hands. There's only been seven successful treason prosecutions in the history of the United States of America, and they usually involve treason at the height of wartime," he explained.

House Speaker John Boehner has said he believes Snowden's actions amount to treason against the U.S., while others, including Judge Napolitano, have argued that Snowden has acted heroically.
http://foxnewsinsider.com/2013/06/11/tr ... rd-snowden

‘Bring Back The Death Penalty’: Fox Analyst Rips Snowden For Seeking To Be ‘Kim Kardashian’ Of Nat’l Security
http://www.mediaite.com/tv/bring-back-t ... -security/

"Here’s a whistleblower that did good: Sherron Watkins." Oftewel Snowden is bad!!!


If you’re not disturbed by the idea that the federal government might have carte blanche over your phone records and online data, you must lead a really boring life.

Everybody has something to hide. Everybody. I don’t know how you feel about your personal life; I don’t want anyone but my family and friends involved in mine.

Not only that, but I don’t want the federal government involved in my business either. I don’t mind paying my fair share of taxes, but the dreaded IRS has somehow managed to get its scheming little fingers into everything.

I bet we’ve all had run-ins with the confounding Alternative Minimum Tax. Then there’s the whole scandal over targeting and releasing private information of conservative groups and individuals. And who knows what abuses ObamaCare will bring.

Which is why I’d love to get behind Congressman Rand Paul and everyone else who thinks the NSA surveillance program is a huge government overreach and a breach of our Fourth Amendment rights and that whistleblower Edward Snowden is a hero.

The only problem is I can’t do that.

You see, I think there are two types of whistleblowers: Those who expose criminal acts and those who commit them. And like it or not, we’re a nation of laws, which makes the latter type a criminal.

Here’s a whistleblower that did good: Sherron Watkins.

What does the Prism logo mean?
The freaky Dark Side of the Moon-style design looks like something a Bond villain would use – but it does sum up the surveillance program pretty neatly 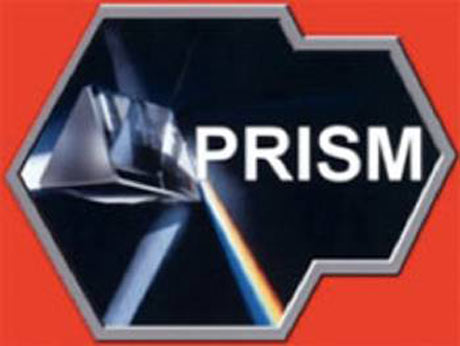 What does a top secret surveillance program need, aside from the ability to spy on virtually every internet user, and the sense not to mention it to anyone? If you answered: "a really freaky logo", there may be a job for you at the National Security Agency.

Some people may question the wisdom of going to a lot of trouble to create a design – especially one that owes a tremendous debt to Pink Floyd's Dark Side of the Moon album cover – for a $20m spy initiative that no one is meant to know about. But the Prism logo certainly illustrates the programme's undisclosed mission: we collect the white light of the world's personal data – all of it – and refract it into an array of information we can use to keep America safe. One colour is evil foreigners plotting terrorist atrocities, the other is your Facebook photos and your internet dating profile. We never get them mixed up. The whole logo is surrounded by an irregular polygon that vaguely resembles a key. It's like something a Bond villain might put on his website.

The Information Awareness Office logo
The Prism logo is slightly more opaque than the one used by the US government's Information Awareness Office, which boasted an all-seeing eye atop a pyramid, casting a golden light across an adjacent planet Earth. They might just as well have used the motto "We Spy on Absolutely Everybody". It's more than a little disturbing to think that someone of influence within the Defense Advanced Research Projects Agency once looked at a rough sketch of that and said: "Yeah, cool."

The eye-on-the-pyramid scheme came from the Great Seal of the United States – it's on the back of the dollar bill – and is still beloved of conspiracy theorists all over the world. It's meant to be the all-seeing eye of God, but it's also commonly associated with freemasonry, the occult and a shadowy New World order presided over by the Illuminati. To deploy it in a logo for a creepy-sounding spy agency simply justifies the paranoia of people who think the world is run by lizard-shaped aliens. David Icke's next podcast will write itself.

Welcome to Utah, the NSA's desert home for eavesdropping on America
The NSA's new $1.7bn facility in the heart of Mormon country has the potential to snoop on US citizens for decades to come...
........

Welcome to the Utah Data Center, a new home for the NSA's exponentially expanding information trove. The $1.7bn facility, two years in the making, will soon host supercomputers to store gargantuan quantities of data from emails, phone calls, Google searches and other sources. Sited on an unused swath of the national guard base, by September it will employ around 200 technicians, span 1m sq ft and use 65 megawatts of power.
.....
William Binney, a mathematician who worked at the NSA for almost 40 years and helped automate its worldwide eavesdropping, said Utah's computers could store data at the rate of 20 terabytes – the equivalent of the Library of Congress – per minute. "Technically it's not that complicated. You just need to work out an indexing scheme to order it."

Binney, who left the agency in 2001 and blew the whistle on its domestic spying, said the centre could absorb and store data for "hundreds of years" and allow agencies such as the FBI to retroactively use the information.

He said the centre will likely have spare capacity for "brute force attacks" – using speed and data hoards to detect patterns and break encrypted messages in the so-called deep web where governments, corporations and other organisations keep secrets. There would be no distinction between domestic and foreign targets. "It makes no difference anymore to them."

James Bamford, author of The Shadow Factory: The Ultra-Secret NSA from 9/11 to the Eavesdropping on America, said the public had yet to grasp the significance of Utah's data-mining. "It's basically a hard-drive. It's also a cloud, a warehouse. It'll be storing not just text and audio but pictures and video. There's a lackadaisical attitude to this. People pay no attention until it's too late."


National Security Agency leak source Edward Snowden on Monday called it an "honor" that former Vice President Dick Cheney referred to him as a "traitor." ..."We may be at war with the machines sooner than you think"

Snowden, the hero? Now before you cry bloody murder, READ, DOUBLE CHECK, THEN THINK!. Why you say? As many have been saying, they want civil war. They WANT you MAD and to REVOLT with violence. DO NOT FALL FOR THE BAIT!

Hero? Not so much in my eyes after this revelation. Glad I waited for more details to surface to fully embrace this man as a honest whistleblower. As noted weeks ago I mentioned I had a hunch this wasn't legit, but would reserve official opinion and comment until more time had passed for details to surface.

His name is mixed in this song!!!!!!! (And that's not all! Also ADDED to a pastebin prior to his names release, regarding the VERY OPERATION X-SECT is under assault for EXPOSING.

SONG:
Music industry proving their ties ONCE again. The matrix is falling apart!!!!

VIA: Eckard Pfeifer
Why is the name "Edward Snowden" mentioned in these instructions for OpLastResort published on 22 Jan 2013? -

I bumped into this by reviewing some documents related to OpLastResort, in this case Xero's --> and --> http://www.xeroflux.net/OP_LAST_RESORT_EXPOSED.php, both linking to the same pastebin --> which is now showing Snowden's name. This pastebin is also listed in comments dated Jan 27th on my own site --> http://www.facebook.com/Com666/posts/482310781806931. As far as I remember, it did NOT list Snowden at that time, so there appears to be at least one recent edit (without changing the original date). To create more confusion, Google's cache crawled on June 9th --> http://webcache.googleusercontent.com/s ... %7Clang_es actually shows us another version relating this pastebin to OpMonsanto (May 25th, without Snowden being mentioned). - If you wanna dig further, there is an interesting link at the end --> to more archived data. The current video link --> (dated June 18th) lists a number of websites, the last one of them --> http://prism.oplastresort.com/ currently producing a "403 Forbidden" error. The whole thing may need some further investigation.

The pastebin apparently was NOT back-dated, but it has been EDITED at least twice. We may be able to find more cached versions. Obviously someone is too lazy to create a new pastebin whenever launching a 'Twitterstorm' for any current #OP.


More matrix connections. Coincidence? No fucking way!!!
Are the pieces clicking for you who thought I was off the deep end at all yet? [X]~
Omhoog
Plaats reactie
135 berichten