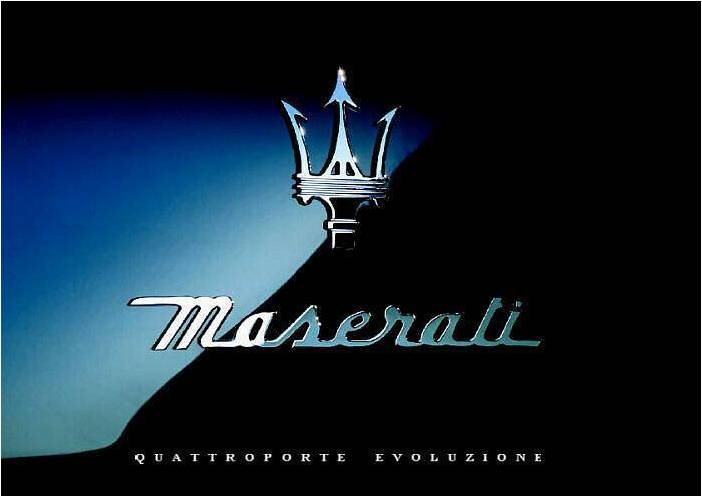 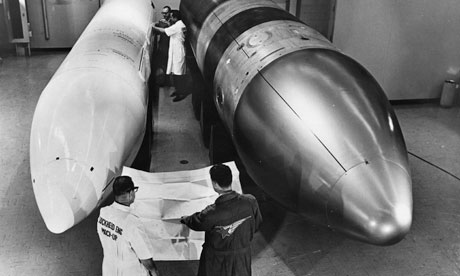 Models of the Polaris A3 (left) and Poseidon missiles. In 1978, Michael Quinlan wrote in a secret memo that ‘it is far from clear that [Russia] would regard less than half of 1% of its population as an unthinkable price’. Photograph: Alan Band/Fox/Getty

The British government opted for the Trident nuclear weapons system because it estimated it could kill up to 10 million Russians and inflict "unacceptable damage" on the former Soviet Union, according to secret Whitehall documents written in the 1970s.

The macabre calculations that underpinned the decision in 1980 to replace Polaris nuclear missiles with Trident have been revealed by a Ministry of Defence memo, marked "personal and top secret". In a nuclear war, Britain would have had to be prepared "to finish what we start", it said.

Other MoD documents set out in chilling detail exactly how an attack on Moscow and St Petersburg could cause enough death and destruction "to bring about the breakdown of the city as a functioning community".

The late 1970s and early 1980s saw an escalation of international tensions in the cold war between the Soviet bloc and the west. In 1979, Soviet troops invaded Afghanistan, prompting a US trade embargo and a mass boycott of the Moscow Olympics in 1980.

At the same time, the west's political direction swung to the right, with the election of Margaret Thatcher as prime minister in 1979, and Ronald Reagan as US president in 1981. Reagan famously described the Soviet Union as an "evil empire" and predicted communism would be consigned to the "ash heap of history".

The secret memo was written on 18 December 1978 by the late Michael Quinlan, a senior nuclear expert in the civil service who went on to become MoD permanent secretary. He was responding to an internal paper by Labour's then foreign secretary, David Owen, who argued that Britain's nuclear options could be scaled back.

They disagreed over precisely how many Soviet citizens the UK needed to threaten to kill in order to deter an attack by the USSR. Owen's suggestion was that "a million Soviet dead would be 'more than adequate'," according to Quinlan.

But, argued Quinlan, an effective deterrent required "options an order of magnitude higher than this" of up to ten million dead. The Soviet Union's "threshold of horror" was different from the UK's because it had lost more than 20 million people in the second world war.

"In this field nothing is provable, but it is far from clear that they would regard less than half of 1% of their population as an unthinkable price for contemplating a conquest of western Europe," Quinlan wrote.

"Still more to the point, it is far from clear that they would rate highly the probability that a country would choose incineration rather than subjugation in order to inflict a strike of such relatively modest proportions."

The nuclear deterrent was founded on the UK's ability "to run the whole course right up to unacceptable strategic damage – to finish what we start," Quinlan said. Owen's arguments were "unexceptional" and "superficial".

Another "top secret" document attempted to define the level of "generalised destruction" the UK would be prepared to wreak on Russian cities such as Moscow and St Petersburg. It was prepared by officials in 1978 for the MoD's chief scientific adviser, Professor Sir Ronald Mason.

The breakdown of the city as a functioning community could be accomplished by inflicting "severe structural damage" on buildings across 40% of a city, the document argued. If the bombs were detonated in the air, this would be likely to kill at least 40% of the inhabitants instantly. But the document pointed out that up to 30% of city populations could be evacuated to a network of underground bunkers. These would protect people against bombs exploded in the air, it argued, but not against those detonated at ground level.

"Ground-bursts would subject 55-60% of the city to a radiation dose sufficient to cause rapid debilitation followed by death for most people in the area, and to contaminate food, water, air and both damaged and undamaged buildings," the document stated.

The government would hence have to retain the option of ground-bursts so that Soviet civil defence measures could be rendered ineffective, officials concluded.

The documents were found in the National Archives in London by Brian Burnell, a former nuclear weapons design engineer who now researches atomic history. Some of them were being studied earlier this year by the Cabinet Office, which is writing an official history of Chevaline, a secret upgrade to Polaris in the 1970s.

Though the Labour government was considering how to replace the Polaris submarine-launched ballistic missiles, it was voted out of office in 1979 before any decision was taken. The MoD's plan for Trident was then given the go-ahead by Thatcher in 1980.

Lord Owen, now a cross-bencher in the House of Lords, left the Labour party, partly because of its anti-nuclear policy, and helped found the Social Democratic party in 1981. Speaking to the Guardian last week, he stood by his views and dismissed Quinlan's arguments, alleging that Quinlan was part of an MoD elite that had repeatedly hidden information from ministers about Britain's nuclear weapons.

Owen said that the level of "necessary damage" that the UK would now have to inflict on potential aggressors had progressively diminished over the last 32 years. "We should take the damage level capacity down in the future design and deployment of our nuclear weapons," he said.

John Ainslie, the coordinator of the Scottish Campaign for Nuclear Disarmament, pointed out that the 120 nuclear warheads that the current government wanted to remain operational were enough to kill several million people.

"These documents give a glimpse into the world of Dr Strangelove, where mathematicians calculate precisely how many people Britain must be able to incinerate in a nuclear war," he said.

The MoD declined to comment on the grounds that the documents were "historical".

The birth of Trident

The original prime contractor and developer of the submarine-launched Trident missile was Lockheed Martin Space Systems in the US. In 1982 a deal was reached between Britain and the US to purchase the Trident II missile system (designated D5), to replace the ageing Polaris. It was only in 1994 that Trident came into service after the Soviet Union collapsed. Britain made a 10% contribution to research and development. Despite running costs of about £2bn a year, Trident was cheaper for being a US franchise.

There are four nuclear submarines – Vanguard, Victorious, Vigilant and Vengeance – carrying up to 16 Trident ballistic missiles. Each missile is capable of travelling at least 4,000 miles and carries three nuclear warheads. Proposals to replace Trident were passed by the Commons in 2007, although in November the government extended the life of the programme by four years, which means they will be due for replacement in 2028, so delaying any decision until 2016. 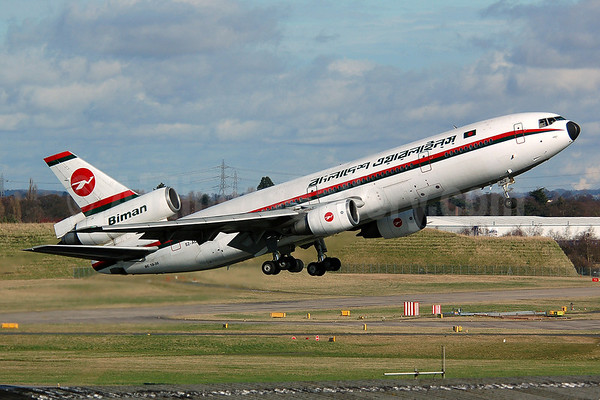 "He, O Castor, was a courser worthy thee ...
Coal-black his color, but like jet it shone:
His legs and flowing tail were white alone."
Dryden: Ovid's Metamorphose, xii.

The trishula (Sanskrit: त्रिशूल triśūla, Malay: trisula, Telugu: trishulamu, Tamil: thirisulam, Malayalam: തൃശൂലം trisoolam, Thai: trisoon or tri) is a type of South Asian trident also found in Southeast Asia. It is commonly used as a Hindu-Buddhist religious symbol. The word means "three spear" in Sanskrit and Pali.
In India and Thailand, the term often refers to a short-handled weapon which may be mounted on a danda or staff. But unlike the Okinawan sai, the trishula is often bladed. In Malay, trisula refers specifically to a long-handled trident while the diminutive version is known as a tekpi.

The trishula symbolism is polyvalent and rich. The trishula is wielded by the Hindu God Shiva and is said to have been used to sever the original head of Ganesha. Durga also holds trishula, as one of her many weapons. There are many other gods and deities, who hold the weapon trishula. The three points have various meanings and significance, and, common to Hindu religion, have many stories behind them. They are commonly said to represent various trinities—creation, maintenance and destruction, past, present and future, the three guna. When looked upon as a weapon of Shiva, the trishula is said to destroy the three worlds: the physical world, the world of the forefathers (representing culture drawn from the past) and the world of the mind (representing the processes of sensing and acting). The three worlds are supposed to be destroyed by Shiva into a single non-dual plane of existence, that is bliss alone.
In the human body, the trishula also represents the place where the three main nadis, or energy channels (ida, pingala and shushmana) meet at the brow. Shushmana, the central one, continues upward to the 7th chakra, or energy center, while the other two end at the brow, there the 6th chakra is located. The trisula's central point represents Shushmana, and that is why it is longer than the other two, representing ida and pingala.


WHAT IS RAPID TRIDENT?

The exercise also supports Ukraine’s Annual National Program to achieve interoperability with NATO and commitments made in the annual NATO-Ukraine work plan.