to root all attention

Nieggasaki:Yo lets blow this joint. Hide your pillar behind your head.. the police is coming.

Coppa: Freeze niegga! before i bust a cap in your knee. Try walking around with a caput/whole in your knee

Nieggasaki: Yo coppa im a lock DOG from DC bitch. You're going to have to capture me first.

Coppa: Im DC's finest coppa fool. My 2nd name is Agent Capital because i book'em all. Your name is up Sunny boy, your ass going to be locked up, upstate pen itantiary doing some time. Now give me your hands so i can seal your fate and book your ass. Im giving you till the count of ten, before i put a bull it on you. 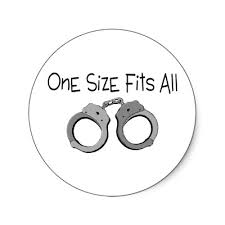 
You won't get a literal jolt from looking at Sunday's full moon—but you might if you were standing on it. When the moon is full, it develops a strong electric field near the surface as it swings through Earth's magnetic "tail," according to new observations from a Japanese probe.

Earth's magnetic field creates a protective bubble known as the magnetosphere, which surrounds the planet and shields us from solar wind—a rush of charged particles, or plasma, constantly streaming from the sun. (Related: "'Warm Plasma Cloak' Discovered Enveloping Earth.")

As the solar wind pushes on Earth's magnetic bubble, the planet's magnetosphere stretches, forming what's called the magnetotail. This tail reaches beyond the orbit of the moon, and it's always pointed away from the sun. (See NASA illustrations of how the moon and the magnetotail interact.)

Meanwhile, we see a full moon when the lunar orb is on the opposite side of Earth from the sun—and therefore within the magnetotail.

JAXA launched the Kaguya probe in 2007. The craft orbited at a mere 62 miles (100 kilometers) above the moon's surface for 20 months, returning the first high-definition movies of the lunar landscape.

(See some of the first high-res moon pictures from NASA's Lunar Reconnaissance Orbiter.)

The orbiter was intentionally crashed into the moon in June of last year.

Scientists are now mining the data sent back by the craft's imagers and instruments, including the Magnetic field and Plasma experiment (MAP), which recorded that relatively high-energy electrons gyrating in the magnetic field are are being absorbed by the lunar surface when the moon is full.

The result is a strong electric field that develops around the lunar surface around the same time as the full moon, the Kagya team reports in a paper published October 1 in the journal Geophysical Research Letters.

Based on Kaguya's data, the team says this relatively intense electric field can be found when the moon passes through the region of the magnetosphere called the plasma sheet, which runs down the middle of Earth's magnetotail.

Since the moon has no global magnetic field of its own, its surface remains exposed to the trapped charged particles inside the plasma sheet. (See "Mini Magnetic Shield Found on the Moon.")

"We are suggesting the presence of a relatively strong electric field around the moon when it is inside the Earth's magnetosphere, but the origin of this electric field remains a mystery," said study leader Yuki Harada, a graduate student at Kyoto University in Japan.

"We think it may be related to the properties of the plasma and magnetic field in the Earth's magnetotail, and also the interaction between the moon and surrounding plasmas."

The newly seen effect adds to what scientists know about the moon's electric activity. For example, previous observations have shown that the moon gets slightly electrified by sunlight, regardless of whether the moon is in Earth's magnetotail.

The day side of the moon becomes positively charged, as solar radiation knocks electrons from the surface.

Meanwhile, electrons build up on the night side of the moon and give the surface a negative charge, Harada said.

Electric Moon a Hazard for Humans?
The big question now is whether a strongly charged lunar surface poses risks to future robotic and human explorers. (See pictures of award-winning robots designed to excavate the moon.)

"It is quite possible that electric fields induce a charge-up and subsequent discharge around a space vehicle, which could bring about serious damages to the human missions," Harada said.

The biggest hazards of an electrified moon may be that the static charge can transport large amounts of the moon's abrasive dust, which can damage sensitive lenses and electronics. The static buildup can also lead to unexpected electrical discharges.

NASA's Explorer series of probes and the Apollo missions were the first to reveal the perplexing lunar plasma environment, hinting that electrically driven dust may be a concern to robots and humans setting down on the moon.

"We've been to the surface before and survived just fine, but we did have a number of problems with dust, among other things. And we happened to be there during very quiet plasma conditions," said Jasper Halekas, a plasma physicist at the University of California, Berkeley.

"Things might be very different during a solar storm, or during a passage through the plasma sheet, the region that was looked at in this study," he said.

"Certainly when you have big electric fields, you start to worry about damage to sensitive electronics, etc. And if those electric fields mobilize dust, that could become an additional problem."

But, he said, "the truth is that we don't really know yet what relevance these kinds of studies may have for exploration. Probably the only way we will ever know for sure is to go back to the surface." What cut the colossal trenches into the coast of Norway?

Northern Scandinavia is probably the most rugged terrain on Earth. It is a peninsular landmass extending outward from the Asian continent for 2000 kilometers and is notable for the enormous number of deep fjords carved into its northwestern edge. Some of the chasms plunge 800 meters deep with cliff walls 1000 meters high. Many are more than 100 kilometers long – Sognefjorden being the longest at 204 kilometers. In some places, it is more than 1300 meters deep with surrounding mountains of equal height.

Preikestolen (“Pulpit Rock”) overlook provides a spectacular scenic view that is unrivaled, except, perhaps by the Yosemite National Park formations. Preikestolen looks down from 600 meters on deep, clear water, however, rather than a dry landscape. It is similar in structure to the great monolith, El Capitan – a vertical granite wall with little (if any) rock debris below or covering the surrounding terrain. Because most geologists consider the fjords to be glacial in origin, it is theorized that the ice cut the inlets and then “bulldozed” the material ahead of their advance, eventually dumping it into the ocean.

According to conventional understanding, fjords may be shaped by their locations in pre-glacial valleys. The overall nature of the bedrock into which they are carved or fissures and faults in the Earth’s crust might also have contributed to their formation since ice flows tend to seek the path of least resistance. Often, the valley floors on either side, near the channels, are flat.

The sea entrances are in shallow water populated by small islands. The deepest portions are usually located far from the mouth of the fjord where, as geologists posit, the glaciers that once filled the valleys carved more deeply into the Earth.

An intriguing aspect to the western coast of Norway is that the fjords, when viewed from space, look like nothing less than innumerable, multiply brachiated Lichtenberg figures. In the image at the top of the page, thousands of fjords are visible as a filigree that divides into finer and finer detail, a signature of lightning-type discharges.

Those discharges must have been unimaginably powerful. They are matched to the east by mountain ranges and inland peaks that reflect the incised forms on the coast, except in reverse: they are embossed upon the landscape. In our Thunderbolts Picture of the Day article about anomalous terrain on Mars, such attributes were identified as “dendritic ridges” – trackways caused by gigantic plasma bolts striking the slopes of Olympus Mons.

Another region that begs further comparison with Scandinavia is the Siberian Traps and the Putorana Plateau in Russia, an area of some 600,000 square kilometers dominated by the same kind of Lichtenberg figures that cut into western Norway. Are they related? Could the same process have created both topographies? One interesting fact that supports the Electric Universe hypothesis is that eastern Greenland( http://earthobservatory.nasa.gov/IOTD/view.php?id=7878 ) reveals thousands of fjords just like those in Norway.

It appears as if tremendous forces gripped the high latitudes of Earth and wrenched pulverized masses of stone out of the surface in powerful, vertical electric fields. Coupled with traveling currents of electricity in the manifold trillion-joule range, the subsurface materials were literally exploded into space or thrown to the winds for thousands of kilometers, resulting in today’s geography.

An almost unbelievable piece of evidence remains for our contention that Earth has been visited by catastrophes that reshaped its continents and, perhaps, opened the Atlantic Ocean basin within the memory of human beings on this planet. The Scandinavian Peninsula may be the fossilized vortex of a helical plasma beam that engulfed Siberia, Finland, Norway, Sweden and other locations in a cloud of electric fire powerful enough to change the world.

In a previous Picture of the Day article, polar vortices on Mars were presumed to be the remains of plasma beams that did nearly identical damage to the Red Planet. The northern latitudes were simply wiped away, leaving nothing but a blasted desolation many kilometers below the mean elevation of the planet. A side-by-side comparison of Scandinavia and the North Pole on Mars is revelatory. Have a nice day.. 
Gepubliceerd op 28 mei 2017
Cook offers a discussion of his most important findings. Among them the evidence that the earth once had rings, known to the Egyptians as the Duat, and to the Mesopotamians as the Absu.
De volgende gebruiker(s) zeggen bedankt: baphomet, Permuter 0., ninti
Omhoog