Jay Z zong ooit.
Illuminati want my mind, soul and body
Secret society trying to keep there eye on me.

Dr dre
Aint trying to stock arround for the Illuminati.

Inmortal.
You think Illuminatie is just a fucking conspircy theory

All i wanna say is that, they dont realy care abouth us.
Kick me kick me
Dont you black or white me.
Tell me what is become off my live,
i have a wife and two childeren who love me.
Iam a victim off police brutality now iam tired to be the victim of hate.
You rape me of my pride.
Oh for gods sake.
I look to heaven to forfill its prohcey
Set me free.
Iam tired to be the victim off shame.
They trowing me in a class with a bad name.
i cant believe this is the land i came
You no, i do realy hate to say it.
The goverment dont want to see..

Natuurlijk niet.
Zei hebben liever dat jij het volgende hoort.
Via Britny spears (ook een victim uit hun fabriek)
"I am a slave for you, i can not hold it, i can not control it.
i am a slave for you, i wont deny it, i am not trying to hide it
Zou die kale kop haar poging geweest zijn los te breken van de cult?
Het zou zomaar kunnen, elke artiest die dat probeert, komt in diezelfde spiraal terecht, kijk het internet er op na.... 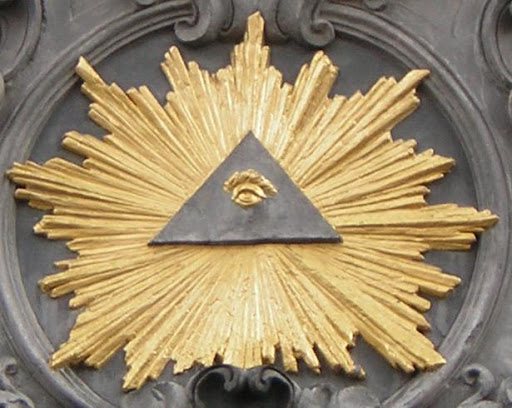 they are ALL COCKSUCKERS! [quote]In 1993 a team from Yorkshire Television came to Omaha, Nebraska to document, investigate, and un-cover the mysteries surrounding the Franklin case and the ensuing cover-up. What the team would find through the course of their near year long investigation would ultimately reach to the White House itself, where they found that then Vice-President George H.W. Bush had been implicated in the crimes surrounding the case. The explosive documentary was scheduled to air in 1994 on the Discovery Channel. At the last minute to program was pulled from the airwaves, and to this day has never made to television screens. See the documentary certain interests didn't want you to see.

The Nebraska State investigation starting in 1988 into the failure of the Franklin Bank & Trust soon turned up something much uglier: Franklin's general manager Larry King --then the rising Black star of the Republican Party, singing the national anthem at the 1984 and 1988 Republican Conventions, later in prison for embezzling $40 million-- was also luring children from nearby Boy's Town and the streets of Omaha into forced prostitution. The clients were prominent politicians, media and industrial magnates around the country -including King, the Omaha Chief of Police, the owner of Nebraska's largest newspaper, the Omaha Herald, and, according to several children, then-Vice-President George Bush the Father. Videos of the "parties" were used for blackmail, which may corrupt our government to this day. Kids were tortured, threatened, and in at least once case, murdered, to keep them in line.

"Conspiracy of Silence" by Britain's Yorkshire TV -scheduled for the Discover Channel on May 3, 1994 but cancelled and never publicly aired until now on the web, includes much of the Franklin Committee's video interviews with the child victims.

The Omaha Herald led the media vilification of the kids. The FBI threatened the kids with perjury prosecution if they told their story, and after 2 recanted, they did put the one remaining who stuck to her story in prison. After the State's lead investigator Gary Caradori and his young son were killed in the unexplained breakup of his plane in midair the investigation died as other victims refused to talk or recanted their video testimony in court. This documentary picks up the pieces.

What happened to this video that the American people were supposed to see in 1994? We are told the final version was destroyed after payment (and threats?) by government agency prevented it being shown. This is a copy of the salvaged "work print" and is about 97% complete.

Then-Nebraska State Senator John DeCamp, who continues to be the kids' lawyer, pro bono, wrote the best-selling The Franklin Coverup, now out in an updated edition. You can read the intro & table of contents, thanks to Amazon.com right here. Or read the whole book courtesy of Tara Carreon's American Buddha Online Library! We believe this is more evidence that absolute power corrupts absolutely and that We the People must break the monopoly of power by an increasingly arrogant and dangerous government. Our terrorist enemies hate our government; not us, but we pay the price. You may find an answer at Vote.org.

God save the children of the world from tyrants who use them for sex, power, and cannon-fodder.