[*]In a shocking video a young man can be seen loading a Stechkin automatic pistol
[*]He aims the gun at his body and fires at the bulletproof vest he is wearing
[*]Then, in obvious pain, he holds his stomach as the cameraman jokes 'he's dying'

A pro-Russian fighter was seriously injured after deliberately shooting himself in the stomach while being filmed testing the strength of a bulletproof vest in Ukraine.

The incident - described as fatal in unconfirmed social media reports - occurred in the region of Donbass, the shortened name for the Donetsk and Luhansk coal mining regions in eastern Ukraine.

In a shocking video, the young man - named as 'Domovoi' by Ukrainian media - wearing a dark bulletproof vest, can be seen loading a Stechkin automatic pistol in front of his friends.

The male voice of the cameraman in the background can be heard explaining that the man with the firearm is wearing sixth-grade armour, the same as that worn by Russian Special Forces.

Meanwhile the tester points the gun at himself and with the cry of 'that's it, f***, Donbass!', shoots himself in the stomach.

After the shot, the tester falls to his knees in obvious pain while throwing the pistol aside and holding his left hand to his stomach. 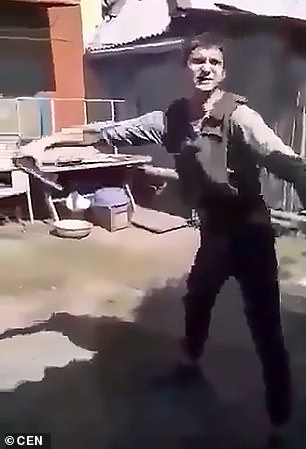 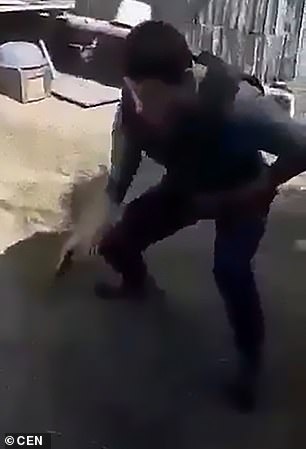 The fighter can be seen on the left, aiming the automatic pistol at himself, before suddenly grabbing his stomach (right) in pain 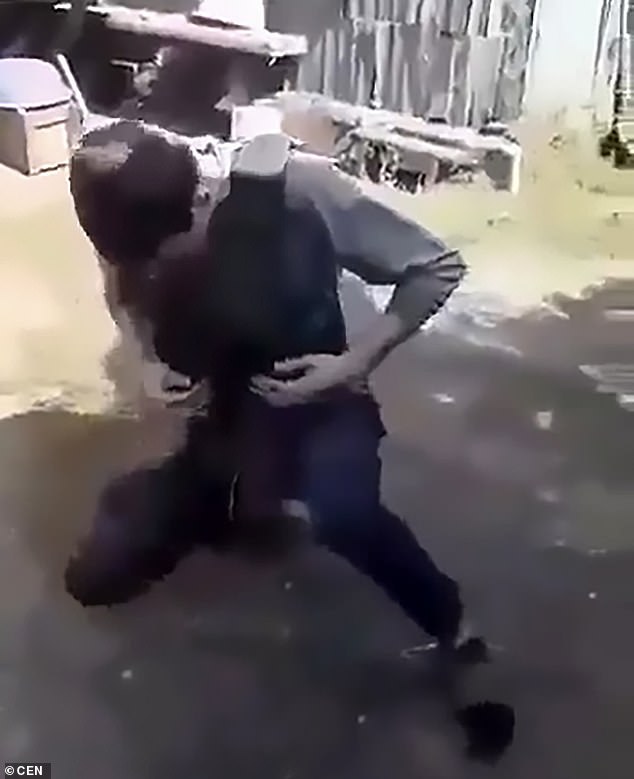 The man, named as Domovoi in Ukrainian media reports, grips his stomach and drops onto the ground

Suddenly concerned, he asks: 'F***, are you dying? Are you really wounded, bro?'

But the tester does not reply to the cameraman. Instead, he takes the vest off and lies down on the ground.

The unsympathetic cameraman utters a short laugh and says: 'Looks like he's wounded.

'Looks like he's going to die now. I have to stop filming now, sorry.'

According to local social media reports, the tester, identified only by his nickname Domovoi (House-Elf), later died as a result of shooting himself in the stomach. But this has not been officially confirmed.

One media report suggested that the bullet hit him in the abdomen, in an unprotected part of the vest, rather than the armored plate. 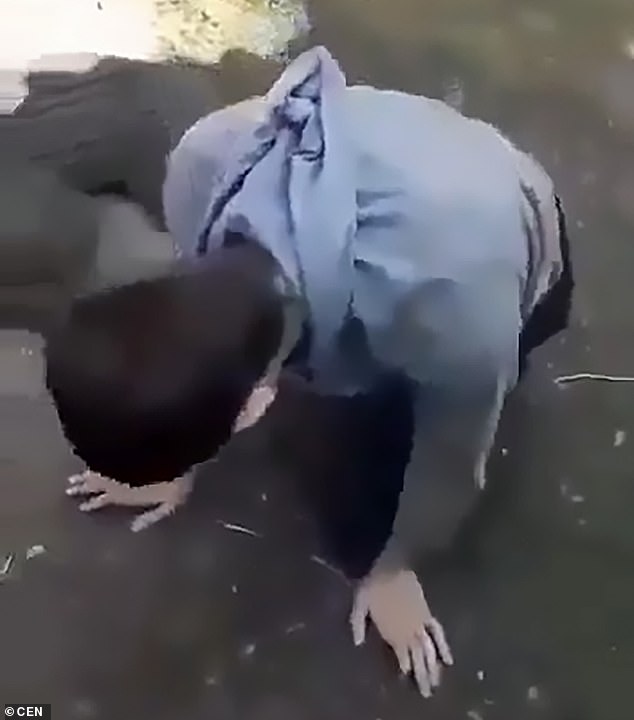 Clearly injured, he is pictured above on all fours. A military expert, Mikhail Bratskov, said the bullet could have easily torn his internal organs

'Even if the vest was not penetrated by the bullet, the kinetic energy of the bullet could easily tear the tester's internal organs.'

It has been reported that the tester was a member of a Russian-backed militia occupying the Donetsk and Luhansk regions in eastern Ukraine as a result of Russian military intervention in 2014.